The Spice Girls are holding tryouts for their reunion tour

I am 21 years of age and I am happy to confess, my body is READY to audition.

The Spice Girls were not just a band or an idea, they were a way of life.

They brought us bangers such as Wannabe, Spice Up Your Life and 2 Become 1 and to date I still maintain that the world's biggest injustice was that Spiceworld:The Movie didn't win an Oscar. 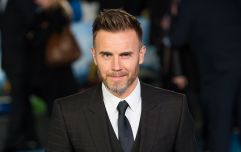 END_OF_DOCUMENT_TOKEN_TO_BE_REPLACED

It may come as bad and good news to fans that The Spice Girls are reportedly looking for members to take the places of two members.

It's been rumoured for years that the band would reunite and tour but it was confirmed that two Spice Girls weren't interested - Victoria Beckham and Mel C. *cries*

It may come as consolation to many boys and girls still hoping for a reunion that the three remaining Spice Girls - Geri Halliwell, Mel B and Emma Bunton - are reportedly holding tryouts to replace the reluctant pair.

According to Life&Style, the brazen trio are holding auditions for two new members.

A source confirmed the rather awkward news:

"The girls are going to be making a formal announcement about tryouts for their spots in the next few weeks... Posh and Sporty can be replaced.”

I can't decide if it's heartbreaking or hopeful news.

Would the Spice Girl magic still exist with two new people singing and shimmying to their anthems? Only time will tell.

popular
Gabby Petito disappearance: FBI confirm remains found are that of missing woman
ISPCA issue urgent appeal for over 100 cats and kittens
Germans shocked as cashier killed for asking about a face covering
New 911 call claims Brian Laundrie 'slapped' and 'hit' Gabby Petito
Designer Tom Ford's husband of 35 years dies at 72
Mother reunited with daughter who was abducted in 2007
Tributes paid as Sex and the City star Willie Garson dies aged 57
You may also like
2 months ago
Emma Bunton marries partner Jade Jones in secret wedding
3 months ago
You can now stay in the original Spice Girls bus on AirBnB
4 months ago
Spice Girls reportedly in talks for Spice World sequel
11 months ago
Mel C confirms a Spice Girls 25th reunion is in the works and it's exactly what we need
1 year ago
Mel C battled eating disorders and depression during Spice Girls years
1 year ago
Victoria Beckham's Spice Girls throwback is giving us serious early 90s nostalgia
Next Page