We're big fans of San Fermin so when the New York band were in town recently, we had to get them in for a Sunday Session.

The line-up has evolved over the past number of years, with Jess Wolfe and Holly Laessig of Lucius providing the female vocals on San Fermin before Rae Cassidy took over for the live tour. 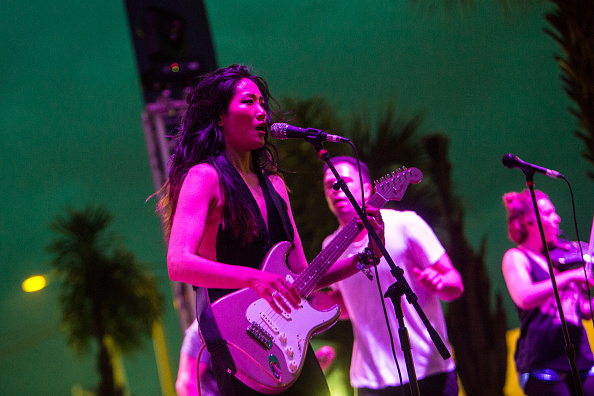 Ahead of their headline gig at Whelan's a few weeks ago, San Fermin took some time out to perform single Emily for the Sunday Sessions.

Want to find out more? Check out our interview with Ellis here.

END_OF_DOCUMENT_TOKEN_TO_BE_REPLACED

In case you missed it, check out previous artists who have played live for The Sunday Sessions:

Little Hours, Ham Sandwich, Mick Flannery, Janet Devlin, Delorentos, Villagers, The Eskies, In The Willows and All We Are.


popular
QUIZ: How well do you remember The Princess Diaries?
Will Smith admits to 'failing miserably' in 21-year marriage to Jada Pinkett Smith
Easy breezy: 5 comfy summer dresses you'll want to live in right now
Netflix confirms that The Crown will have a sixth season after all
Glossier: A first-time buyers guide to this cult beauty brand
Security footage released of Naya Rivera as search is updated to recovery mission
Someone has ranked the penis size of men from all over the world

You may also like
3 weeks ago
WATCH: Irish female artists record powerful cover of The Cranberries' 'Dreams' for charity
1 month ago
The Weeknd donates $500,000 to Black Lives Matter causes
1 month ago
Britney Spears has gifted us a new song, securing her status as a true lockdown icon
1 month ago
WATCH: Halsey says new album helped her "make peace" with her bipolar disorder
1 month ago
Ranked: Ireland's top 10 Eurovision entires of all time
2 months ago
Norwegian popstar Dagny has released a new summer song and it's an absolute TUNE
Next Page