The Sunday Sessions: Delorentos Join Us To Perform Their Take On Sia's 'Elastic Heart'

Fresh from their Meteor Choice Music Award nomination, Dublin's Delorentos joined us this week for a very special Sunday Session.

The release of fourth album Little Sparks was met with acclaim from both fans and critics alike and speaking to Her.ie recently, lead singer Ronan Yourell admitted that it is the band's most honest release yet.

"When we started this band, I was excited about the potential of the band and the four individuals and I felt if we could, in any way, do a good job of representing these four personalities and perspectives on an album, we’d be doing really well. I think we’re now hitting into a vein where that’s starting to really come through," he said.

END_OF_DOCUMENT_TOKEN_TO_BE_REPLACED

Delorentos joined us at The Workman's Club recently to record an acoustic version of their track Forget The Numbers and a very special Sia cover.

The band will play two of their biggest ever shows at The Savoy, Cork on April 18th and Seapoint Ballroom, Galway on April 25th and you can find more information here.

Make sure you don't miss a set by following The Sunday Sessions on Twitter, Instagram or check out soundcloud.com/sundaysessionslive. Catch up on our recent sessions from Mick Flannery, The Eskies and In The Willows! 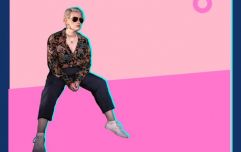 END_OF_DOCUMENT_TOKEN_TO_BE_REPLACED

In case you missed it, check out previous artists who have played live for The Sunday Sessions:

popular
Harry Styles accepts BRIT for Best British Single - with American accent
Woman buys 148 year old house, goes viral after finding secret passage way
Is that Seth Rogen without a beard?
Nine-year-old boy dies after being struck by lightning in UK
9 Dublin restaurants with outdoor dining we've already booked a table for
Lewis Capaldi muted by BRITs during chaotic, swear-y speech
Penneys issues statement after shoppers try to sell appointments for €100
You may also like
1 month ago
Why Kate Nash's promise to tackle sexual abuse in the music industry is so important
1 month ago
Justin Bieber receives cease and desist over album cover
1 month ago
Trevor Noah mocks the royal family during Grammy’s opening monologue
1 month ago
Cardi B and Megan Thee Stallion give first ever performance of WAP
2 months ago
Rapper Slowthai agrees to stop spitting in fans' mouths at gigs due to Covid-19
2 months ago
Michelle Visage joins Steps as 'sixth member’ for musical comeback
Next Page