And it's everything a Bond-themed video should be.

Singer Sam Smith made history last week when his song, Writing’s On The Wall, became the first-ever James Bond theme tune to reach Number One in the charts. 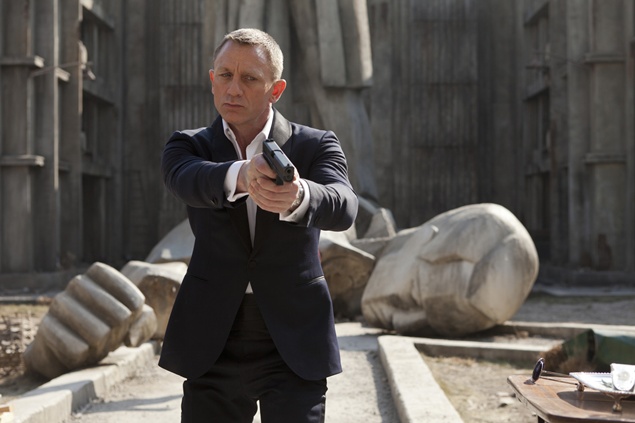 Now, the video for the song has been released and it’s made us want to run to the cinema as soon as Spectre, the new Bond movie, is released.

Indeed, there was good news for Bond fans all round this week as Daniel Craig has reportedly revealed that he won’t be quitting the iconic role just yet.

popular
Kylie Jenner fans are convinced she just announced her son's name
Claire Byrne viewers heartbroken after Des Cahill recalls "parent's worst nightmare"
Bonnie Ryan shares more details from Italian wedding
The hottest weekend of the year is only a matter of days away
Official Love Island air date has just been announced
WATCH: People are losing it over clip of Kendall Jenner trying to climb stairs at Kourtney's wedding
Wagatha Christie: Rebekah Vardy storms out of court just 30 minutes into final day
You may also like
1 week ago
The six Eurovision countries with "irregular voting patterns" have been revealed
1 week ago
Eurovision producers reveal "irregular voting patterns" during Saturday night's final
1 week ago
My Chemical Romance are back and it's time for an emo revival
2 weeks ago
Nick Cave pays tribute to son Jethro, who has passed away aged 31
3 weeks ago
"My first memory of music was growing up in church:" Griff on her whirlwind musical journey
4 weeks ago
Music festival in honour of Caroline Flack to take place this summer
Next Page