This Should Be A Good One! Another Act Has Been Announced For Cork's Live At The Marquee

The Waterboys have been announced as the latest act to play Cork's Live At The Marquee.

The announcement comes following the release of the band's new album Modern Blues, which was in Nashville by Mike Scott and Steve Wickham with American musicians including Muscle Shoals legend David Hood. 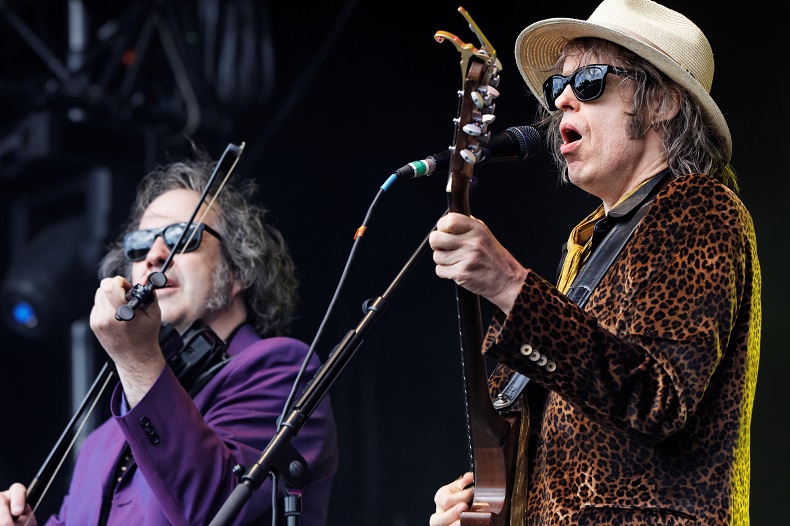 While Scott lives mostly in Dublin, he says that the decision to record in the iconic city was central to the feel of the album.

“Nashville has a reputation as Music City, USA and I fancied some of that. It’s one of the few cities that still has a recording studio industry intact, which brings the spur of competition. I know that across town Jack White's making a record, The Black Keys are making theirs.  I like that competitive feeling, it’s exciting. It's a spur.”

END_OF_DOCUMENT_TOKEN_TO_BE_REPLACED

The Waterboys play Live At The Marquee on Sunday June 28th, with tickets going on sale on Wednesday February 25th at 9am.

popular
WATCH: Paul Mescal and Daisy Edgar Jones's first Normal People audition is stunning
The shows and movies you need to watch before they leave Netflix next month
Trolls target Emma Willis' eight-year-old son over pink clothes and long hair
Dublin TikTok house deny staging dance with couple having sex behind them
Government vote to seal mother and baby home records for the next 30 years
6 cosy buys from Irish brands that'll make staying home a little easier
'I had to travel light': Adele jokes about weight loss in SNL appearance
You may also like
1 week ago
WATCH: Hozier tips popular busker playing ‘Take Me To Church’ on Grafton Street
1 week ago
Megan Thee Stallion launches scholarship fund for women of colour around the world
2 weeks ago
Erica Cody: New release is "about getting out of a toxic relationship and knowing your worth"
3 weeks ago
Daniel O'Donnell announces his first live streamed concert
1 month ago
"My humour is a buffer zone between my emotions": CMAT chats loneliness, shit-posting, and getting a look in
1 month ago
Soda Blonde: "So much talent has been highlighted over lockdown, we need to start supporting our own"
Next Page