The trio were attending the scene of a domestic disturbance.

Three police officers were shot dead in Puy-de-Dome in central France while attending the scene of a domestic disturbance, the French interior ministry has said.

French Interior Minister Gerald Darmanin said the man suspected of carrying out the attack has been found dead. 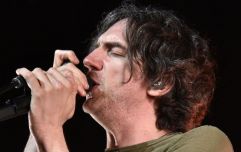 END_OF_DOCUMENT_TOKEN_TO_BE_REPLACED

The officers were shot by a 48-year-old man as they attempted to rescue a woman amid a domestic violence incident.

Local media have reported that the man began shooting at a group of officers when the gendarme police force arrived at the house, before setting fire to it.

Firefighters were also called to the scene to attempt to control the blaze.

Girls With Goals || Her · Ep.160: The Beauty Of Coaching - Hayley Harrison joins us from Sport Ireland
popular
Giovanna Fletcher reveals she is 'done with having any more children' – and here is why
Kate Middleton has addressed the rumours that she's pregnant with her fourth child
Why Prince Harry and William aren't walking together at Prince Philip's funeral
Paul Mescal officially deactivates Instagram account
Prince Philip 'advised Prince Harry not to marry Meghan' for a brutal reason
TV host makes baffling remark about Meghan Markle's 'reaction' to royal family photo
Starbucks has a bubblegum-flavoured frappuccino on their menu – but you need to hurry
You may also like
5 days ago
Ashley Cain hopeful blood transfusion will give daughter more time
1 week ago
Ashley Cain says baby daughter has "days to live" in heartbreaking update
1 week ago
Two people have died following road crash in Co Louth
1 week ago
Man charged as two-week old baby dies after pram hit by car in UK
2 weeks ago
Policeman resigns over video of him choking police dog
2 weeks ago
Why you should never post about a fake pregnancy on April Fool's Day
Next Page