Hard as it is to believe, today marks 20 years since the Spice Girls' debut single 'Wannabe' was released.

Yep, two full decades since Posh Spice first attempted to dance on that staircase, bless her.

On this day 20 years ago, Wannabe was introduced to us. We will be forever grateful. #Wannabe pic.twitter.com/VtqAnLqLfO

Well, three members of the band - Mel B, Geri and Emma - are marking the occasion with an announcement that will be music to the ears' of the band's hardcore fans.

Happy 20th Birthday to all our fans! You’ve stood by us for over 20 years, so we want to say thank you. pic.twitter.com/eUyC1knMu8

The three are forming a group called GEM (Geri, Emma, Mel), and have registered a website called Spicegem.

What does it mean exactly? We're not sure.

"We've been thinking, we have the best friends in the whole entire world..." Mel B explains in a video launch (see below). 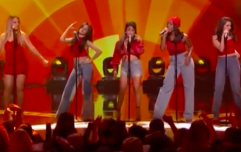 END_OF_DOCUMENT_TOKEN_TO_BE_REPLACED

Before Emma picks up with: "We've had our ups and downs, but you've always been there."

The trio then tell us that they are planning to "celebrate and have a party, and when we do, you're all invited!"

You can watch the video announcement here: 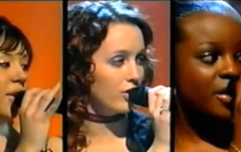 It's official - the Sugababes are reforming and recording new material

END_OF_DOCUMENT_TOKEN_TO_BE_REPLACED

There's no word of Victoria's involvement in any project so far, while Mel C is reported by Digital Spy as saying: "I am keeping tight-lipped. There are lots of discussions going on. Right now I am in the studio working on my own album and that is my focus. I'm taking it slowly."

Fans are unsure what to expect from all of this. There's long been a rumour of a reunion concert next summer in London's Hyde Park, but this hasn't been confirmed.

While this fan expresses what many fear may result of three-piece Spice Girls band.

Meanwhile, the ladies have been indulging in some nostalgia today, too. Geri shared this great picture on Instagram:

The caption reads: "20 years ago my back garden - wannabe entered the charts , and our amazing journey began."

While Emma shared this one:

popular
Tributes paid as Sex and the City star Willie Garson dies aged 57
Gabby Petito: Police resume search of Florida swamp for fiancé
Germans shocked as cashier killed for asking about a face covering
Gabby Petito disappearance: FBI confirm remains found are that of missing woman
ISPCA issue urgent appeal for over 100 cats and kittens
New 911 call claims Brian Laundrie 'slapped' and 'hit' Gabby Petito
Designer Tom Ford's husband of 35 years dies at 72
You may also like
4 years ago
Only real 'The Devil Wears Prada' fans can get over 10/13 right in this quiz
5 years ago
Tonight's return of The Late Late Show went down a treat with viewers
5 years ago
People are swooning over Solange Knowles' latest dress
5 years ago
Fans have been left REELING at the outcome of tonight's EastEnders
5 years ago
Ellen DeGeneres and celebrity girl gang spoofed Magic Mike and it's incredible
5 years ago
People are swooning over this elderly couple's dedication to matching outfits
Next Page