Tributes are flooding in for Mayo-born musician Conor Walsh, following his "sudden"  passing this weekend.

The pianist and composer released his first EP The Front in 2015 and has performed at festivals including Electric Picnic and Body & Soul.

In 2013, he supported Hosier in his sold out Irish tour.

His music, which has been compared in style to Philip Glass, Aphex Twin and Nils Frahm, has been used on short film soundtracks as well as RTÉ's Prime Time, Radio One, TV3 and RnaG documentaries. 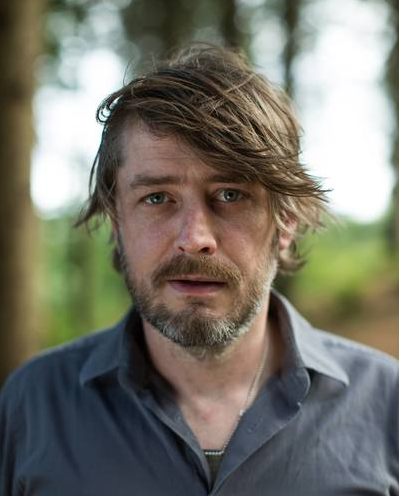 His family took to Facebook to thank people for their condolences and pay tribute to Conor, writing:

'Conor treated each performance the same way he treated each and every individual whom with he shared company. He never failed to conjure the highest emotion from a melody just as he never but drew the brightest light from all who met him. The absolute dedication, insatiable energy and infallible passion he committed to his music was mirrored in the attention and engagement he gifted to the conversations of those he shared memorable times with, whether on stage in Ballinalough, on the streets of Swinford or, at home in Ballinisland.'

'Conor was a talented musician, a tireless conversationalist with an intelligent and informed mind, a skilled fisherman, an amazingly caring brother, son and friend, and most of all, a gentleman to all who were fortunate enough to cross his path. Conor's imprint on music will continue to flow long past his time, and the impression he left on all who knew him is sure to linger in minds and hearts as distinctly as the echo of the notes he leaves behind him. We will all miss Conor dearly, as we try to come to terms with losing a talented artist and an outstanding friend who still had so much to offer.'

Shocked to hear of the sudden passing of Conor Walsh. He was far too young and had far too bright a future to go like this. @conorwalshpiano

So shocked and terribly sad to hear of the death of Conor Walsh. Such a gentle guy and a beautiful musician. Thank you for the music, Conor.

Shocked to hear of the death of Conor Walsh. His performance on @othervoiceslive was on of my favorites that year. https://t.co/7BbthStbbl

Oh my, we were just listening to Conor Walsh's work over dinner. Beautiful pieces. Such a talent

Terribly sad news about Conor Walsh. Such a talent. Thoughts are with his family & friends. https://t.co/b56gExzx0h https://t.co/OR1LCzdLOn


popular
Real life Corrie couple Sally Carman and Joe Duttine have gotten engaged
Tesco Ireland to introduce priority shopping hours for healthcare workers
WATCH: Hozier performed an emotional rendition of The Parting Glass on last night's Late Late Show
Andrew McGinley asks people to send him letters as he struggles with self-isolation
Zara's €50 FAB floral dress is all over Instagram and you won't want to miss out
Love Island's Curtis responds to rumours he has moved on after split from Maura
#stayathome: Joe Wicks to donate earnings from daily workout classes to the NHS
You may also like
3 days ago
ISPCC/CHILDLINE and RTÉ 2FM team up for fundraising digital music show
1 week ago
Gavin James raises €3,000 for charity ahead of tonight's streamed gig
2 weeks ago
Rising star Sorcha Richardson on moving back to Dublin and writing a hit album in her parents' kitchen
3 weeks ago
Ireland's entry for the 2020 Eurovision song contest has been revealed
1 month ago
QUIZ: How well do you remember these song lyrics from 2009?
1 month ago
Versatile are set to headline their first ever music festival, and we need tickets
Next Page