The show will feature some huge names.

The Saturdays' Una Healy and singer-songwriter Loah will present The Heart of Saturday Night, a brand new music series on RTÉ One.

The show is produced by South Wind Blows and will run for six weeks, with the first episode kicking off 24 July. 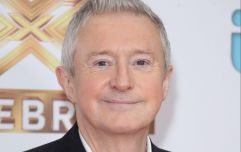 END_OF_DOCUMENT_TOKEN_TO_BE_REPLACED

Each episode of The Heart of Saturday Night will see musical performances from some of Ireland's best acts including Mick Flannery, Irish Women in Harmony, Niamh Regan, The Saw Doctors, Soda Blonde and Rhiannon Giddens.

Viewers can expect a wide mix of music being featured on the show, from classical to folk to pop.

Additionally, there will be a segment on each episode dedicated to the memory of an Irish musician. Dolores O'Riordan, Phil Lynott, Ronnie Drew, Shay Healy and John Prine are among the artists who will be honoured throughout the show.

The hosts themselves will also take to the stage throughout the series' run. Loah will perform a duet with Gavin James, while Una will sing with Derek Ryan.

Speaking ahead of the show's release, Una Healy said that she can't wait for people to tune in. 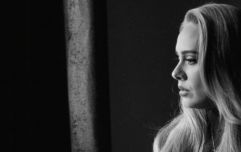 Adele's 21 is the top female selling album of the century

END_OF_DOCUMENT_TOKEN_TO_BE_REPLACED

"I was so excited to be asked to co-host The Heart of Saturday Night and getting to do it alongside the incredible Loah was a joy," she told RTÉ.

"We had such a brilliant time filming and it's an experience I'll never forget. I can't wait for everyone to see it."

Loah, meanwhile, said that being asked to host the show is a "musical dream come true".

She said: "Co-presenting with Una has been a great pleasure and it's been wonderful to hear and chat to all the incredible musicians throughout the series."

popular
Paris Hilton says she was "slapped" and "strangled" as a teen in youth care
Tesco is refunding 27,000 customers after overcharging them
Former detective chief says Brian Laundrie discovery is "strange"
Someone has ranked the penis size of men from all over the world
8 things we learned about Adele from her 73 questions with Vogue
Why Are Men so Obsessed With Boobs? The Answer is Pretty Surprising...
Alec Baldwin 'heartbroken' after accidental death of Halyna Hutchins
You may also like
1 month ago
Bookies seem to think Una Healy and Maura Higgins will appear on 'I'm A Celeb' this year
2 months ago
Una Healy opens up about struggles with autoimmune disease diagnosis
4 months ago
Una Healy would be "delighted" if The Saturdays reunited
4 months ago
Una Healy shares her beauty secrets as she's revealed as the new face of IsaDora
1 year ago
Una Healy and David Breen have reportedly broken up
1 year ago
Una Healy's daughter looks the IMAGE of her mum in latest photo
Next Page