Pow - right in the feelings!

Irish people have a very special soft spot for Once, aka "the little movie that could".

The 2007 film, directed by John Carney, starred The Frames frontman Glen Hansard and Markéta Irglová and was produced on a shoestring budget over a 17 day shoot.

END_OF_DOCUMENT_TOKEN_TO_BE_REPLACED

It went on to gross over $20 million worldwide.

The leads fell in love in real life while on the promotional tour for the film and picked up an Oscar for the spine-tingling song Falling Slowly.

In late 2011, the story was transferred to the stage - first opening at The New York Theatre Workshop before transferring to Broadway. The Broadway production has garnered critical acclaim and won a total of eight Tony Awards. 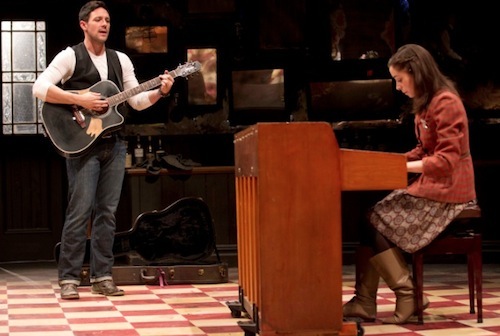 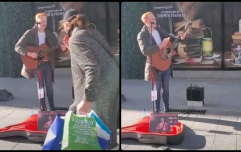 END_OF_DOCUMENT_TOKEN_TO_BE_REPLACED

From July 4th to August 22nd, Once is coming home to Dublin, playing at the legendary Olympia Theatre.

To celebrate the launch, stars of the production took to the capital's historic Grafton Street for this beautiful performance.