We had a bit of a giggle making Lionel Ritchie-inspired videos last week when Adele’s new single Hello landed.

Howiya ?? #AdeleRichie ... You're guaranteed to watch this #25 times it is that good.

END_OF_DOCUMENT_TOKEN_TO_BE_REPLACED

Now though, it looks like the man himself is well able to take the joke too as he posted a pretty brilliant response on his Instagram page this week.

The singer, who is also famous for his track Hello, posted the clip online and it’s become quite a big hit with fans of both singers.

There’s a little bit of heartbreak involved in the clip though as Adele ruthlessly hangs up her flip phone on him in response.

Meanwhile, it looks like Adele’s new single is going to have as much longevity as Richie’s, with over 88 million views on the video (correct at time of writing) just four days after it was released. 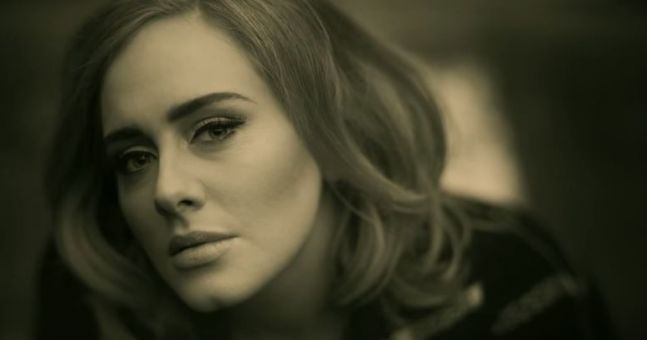 The internet has been getting great craic out of it altogether though, with one of our favourite Hardy Bucks, The Viper, getting in on the action over the weekend with this hilarious parody.

We don’t think we’ll ever, and we mean ever, get tired of that.

END_OF_DOCUMENT_TOKEN_TO_BE_REPLACED

On top of that, in case you haven't had enough of her over the past week, it was announced earlier that Adele and Graham Norton will be teaming up for a special one-hour show all about the singer ahead of the release of her new album, 25.

popular
Women are rinsing their hair in apple cider vinegar – and the results are amazing
Toddler dies after being struck by vehicle in Co. Cork
New photo of Bernadette Connolly released as investigation continues
Clubbers left "bleeding from their mouths" after accidentally drinking shots with caustic soda
Gardaí find "no evidence" of needle spiking in Irish nightclubs
Worried about a loved one? Here are 5 signs of suicide to look out for
Met police apologise for "sexist, derogatory" language used in strip-search
You may also like
1 month ago
Il Divo singer Carlos Marin passes away aged 53
1 month ago
Olivia Rodrigo is coming to Dublin and Cork next year
2 months ago
Garth Brooks confirmed for five nights at Croke Park
2 months ago
Three months is plenty of time to fall in love, and to have your heart broken
2 months ago
Dermot Kennedy announces 2 huge gigs in Dublin next month
3 months ago
Westlife share teaser of new music coming soon
Next Page