52 babies born in Holles Street during the storm... and one was called Emma

52 babies have been born in Holles Street during this week's storm, and one of them was even called Emma.

The National Maternity Hospital's master, Dr Rhona Mahony, said that "life goes on" and that staff have been working round the clock to ensure that operations continue as smoothly as possible in the hospital.

Speaking to Ryan Tubridy on RTE Radio 1 today, she said that it has been "a busy 48 hours to say the least."

“We’ve had 52 babies, which even by our standards is busy. One set of twins, 34 weeks so a little early but they’re doing well.

“We’ve had an Emma! We’ve had one Emma and the potential for a few more. 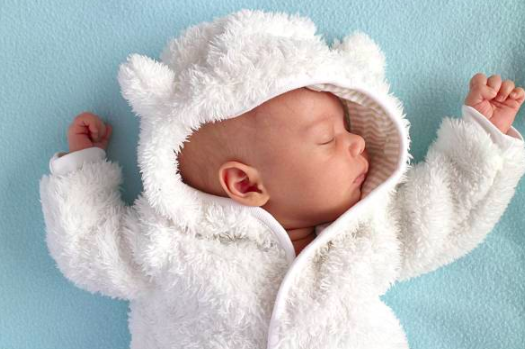 Dr Mahony said that one of the biggest issues the hospital is facing is trying to get expectant mothers into the actual hospital.

“We know that there are patients out there at the moment having great difficulty getting to hospital, and there are a couple of mothers in labour who are stranded and in a high-risk position, and trying to determine if we can move people out or get people in, so it’s still tricky.”

Similarly, members of staff at the Rotunda hospital have also been working hard to make sure that everything goes according to plan.

Already, the hospital has seen 30 births over the course of yesterday and today.

In a statement, the hospital said they didn't think any babies had been named 'Emma,' 'Beast,' or 'East' yet.

popular
Mother charged with murder of three children in New Zealand
Dublin nurse scammed out of all her savings warns others
Derry Girls star speaks out after show called "distinctively British"
Maura Higgins reveals NTA ordeal after man tried pulling her into a car
The 'secret' Zara label signs that'll apparently help you get the right size every time
Waterford man jailed for six months for sexual abuse of niece
Billie Eilish's second Met Gala dress is beyond stunning
You may also like
2 months ago
Woman who gave birth to 10 babies speaks out following fraud claims by partner
4 months ago
Woman gives birth to nine babies
4 months ago
Woman had "no idea" she was pregnant, gives birth on flight and goes viral on TikTok
4 months ago
Woman handcuffed to bed by police while in labour
5 months ago
Woman who thought she was passing kidney stone gives birth to first child in toilet
6 months ago
Model and actor Emily Ratajkowski welcomes first child
Next Page