Almost half of people who drink in Ireland are at risk of health issues.

New research has shown that 48 percent of the drinking public consume enough alcohol to put their health at increasing or high risk in the future.

The Drinkaware Index, conducted by Behaviour & Attitudes, showed that where almost half of people were drinking harmful levels of alcohol, one quarter of people admitted that they thought their drinking habits would lead to health complications in the coming years.

The research found that while 23 percent of Irish adults do not drink alcohol, 44 percent drink at least once a week.

19 percent of people have also drank more than six standard drinks each week in the last year. This is classed as binge drinking. 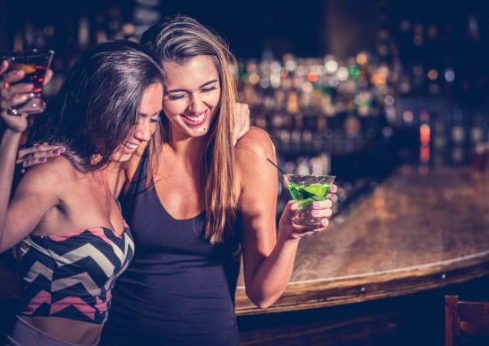 Almost one quarter of people said that they wanted to cut down on their drinking, where 74 percent said they believed that drinking was a part of "Irish culture."

END_OF_DOCUMENT_TOKEN_TO_BE_REPLACED

Sheena Horgan, CEO of Drinkaware, said that the research provides a stark insight into the health risks associated with high alcohol consumption - and the awareness that Irish people have of this.

"This research allowed us to dig deeper to the real root of the issue regarding which segments of the population are at risk," she said.

"And the hard truth is that almost half of Irish adults who drink alcohol, are drinking at a level that could be dangerous to their health and wellbeing and what’s more, they know it.

"We can now therefore direct to these cohorts, specific information, resources and strategies they can use to drink less alcohol and ultimately, reduce their risk of experiencing related harms.”

John O’Mahony, Director, Behaviour & Attitudes, said that it was "encouraging" to see that people wanted to change their behaviour.

popular
Wagatha Christie: Rebekah Vardy storms out of court just 30 minutes into final day
Everything we know so far about Kourtney and Travis's Italian wedding
Claire Byrne Live viewers in shock as woman shares family DNA secret
Only a matter of time before monkeypox spreads to Ireland, says expert
Helen McCrory's children give heartbreaking tributes at her memorial service
Rebel Wilson claims male co-star sexually harrassed her
Sainsbury's evacuated after several people fall ill with breathing problems
You may also like
3 days ago
Passengers warned that Dublin Airport situation is simply "unpredictable"
3 days ago
Lesbian couple attacked in Dublin thank public for support
3 days ago
Conservative MP arrested for rape and sexual assault released on bail
6 days ago
Gardaí appeal for witnesses following serious assault on man in Tallaght
6 days ago
A couple in India has sued their son for over €600,000 for not giving them a grandchild
1 week ago
Parents of man who died after eating takeaway pizza demand "full truth"
Next Page