American Apparel is reportedly closing down

No more spandex leotards for us then.

Clothing store American Apparel is set to close it's doors in the next few months according to reports.

A Canadian wholesale company called Gildan Activewear bought the company at auction for $88 million. They acquired the brand's intellectual property and some of its manufacturing equipment. 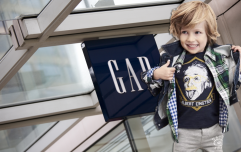 END_OF_DOCUMENT_TOKEN_TO_BE_REPLACED

Gildan has now decided not to take over the American brands' stores or U.S. factories and will instead close all stores across the US. There are currently 110  stores and they are all set to close by April 2017.

This will also affect the manufacturers of the clothing namely the largest sewing factory in North America. This factory employs 3,500 workers in Southern California, which means that they will lose their jobs along with thousands of other people.

Many of the company's European stores close in the last few months including across the UK and in Ireland.

popular
Tributes paid to Limerick based blogger and model Patrick McLoughney
This TikTok hack shows you how to pack more despite baggage allowance
Another Strictly star has pulled out of the live show
This is how much 91-year-old Queen Elizabeth drinks every day
Simon Harris gives three urgent options for easing restrictions next week
Lidl closing early this weekend to thank staff for hard work
Not going anywhere: Baby names set to stay popular for the next decade
You may also like
2 months ago
10 must-haves from SHEIN for the ultimate capsule wardrobe this summer
2 months ago
Zara has officially launched its first ever bridal collection
3 months ago
Dresses not your thing? Here's our picks for the best shorts this summer
3 months ago
Woman escorted from Disney World for "inappropriate" top
4 months ago
Zebra print is the go to style you need in your wardrobe this festival season
8 months ago
It's 2021 and we still don't have standardised sizes for women's clothing
Next Page