The father shared the dread he felt as Father's Day approached.

Andrew McGinley spoke recently about the overwhelming grief he feels following the tragic deaths of his children- Conor, Darragh and Carla - last January.

In an interview with RSVP Live, Andrew said that he doesn't "feel like a dad anymore".

END_OF_DOCUMENT_TOKEN_TO_BE_REPLACED

"Anybody who has kids wants to talk about them forever and I am no different," he said. "In all honesty, people tell me I am still a father but I don't feel like a dad anymore."

Mr McGinley also told the publication that he dreaded Father's Day until he visited a medium.

"I went to the medium and she said that the kids want me to make the house a home and to be happy. She told me things that nobody else would know that gave me great comfort."

He continued: "I believe that your soul, spirit or consciousness survives after death. She told me a secret that Darragh told me about two weeks before he died and it was something unique that I hadn't told anyone. You could start guessing the secret now and by next week you still won’t have gotten it but she was able to tell me word for word." 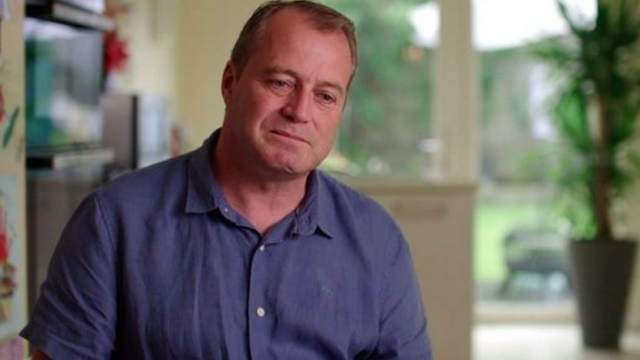 END_OF_DOCUMENT_TOKEN_TO_BE_REPLACED

A few months ago, Mr McGinley told Miriam O'Callaghan that community support and letters "got him through" the following year.

"They were just fantastic to me, the neighbours, the community, just everybody has been, and they can't do enough," he said.

"I have to recognise everybody who wrote to me because when I put the appeal out for letters at the start of lockdown. I think Conor's clips had about 300 followers. I thought if 30 or 40 of those people wrote to me, it'd be lovely it would get me through, and I'd write back and would get me through lockdown a little bit.

END_OF_DOCUMENT_TOKEN_TO_BE_REPLACED

He added: "They got me through so thank you to everybody."

The McGinley children were killed by their mother, Deirdre Morley, last January in their Dublin home. Morley was found not guilty by reason of insanity. Andrew has said that the verdict is "probably the right one".

popular
This Netflix Christmas film is being dubbed the perfect rom-com
"You can’t imagine what it feels to have had a baby and yet feel like you didn’t"
Kate Garraway gives heartbreaking update about Derek's health
'Suddenly it's all gone' Andrea Corr opens up about suffering five miscarriages
Nicola Coughlan lands "lifelong dream" role as she gets cast in Oliver Twist
Here's how you can watch all the Harry Potter movies on TV this Christmas
Revealed: The correct date you should be putting up the Christmas tree
You may also like
1 day ago
Expecting a baby in December? These are the top Christmas-inspired baby names
1 day ago
Kendall Jenner and Harry Styles are 'just friends', insider claims
1 day ago
Opinion: Don't point out your friends' eating and drinking habits this Christmas
1 day ago
Revealed: The correct date you should be putting up the Christmas tree
1 day ago
Woman left confused after DNA test shows child isn't husband's despite her claims that she never cheated
1 day ago
Gift Guide: 15 unique Irish presents for Him, Her and Kids this Christmas
Next Page