Less than a week after she was found murdered, Ashling Murphy will be laid to rest this comingTuesday morning.

The 23-year-old primary school teacher was killed while out jogging after work on Wednesday afternoon, and while no formal arrests have been made in connection to her murder, the Gardaí has confirmed they are waiting to speak to a 'person of interest' who is currently in hospital in Dublin.

Ashling's family has confirmed that their daughter will be laid to rest at St Brigid's Church in Mountbolus, outside Tullamore on Tuesday morning, and that those who wish to stream the service online can do so at MemorialLane.ie. 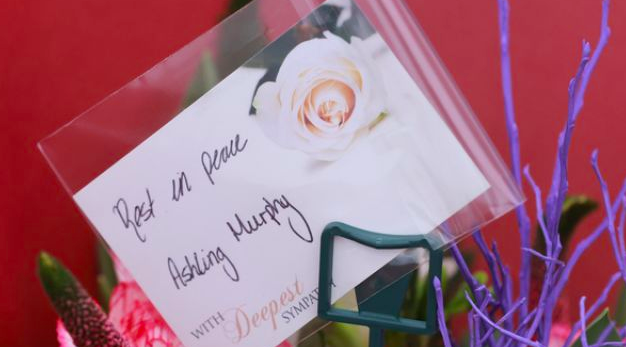 END_OF_DOCUMENT_TOKEN_TO_BE_REPLACED

This week saw dozens of vigils take place around Ireland as well as in cities around the world including London, Melbourne, Vancouver and New York, with millions more sharing their grief and outpouring of support for Ashling and her family across social media.

Sinn Fein's Health Spokesperson, Louise O'Reilly, says Ashling's murder has sent a wave of anger and sadness around the country and the world

Ashling's family have requested family flowers only, and house private on Tuesday.