Baby girl in 'critical condition' after suffering assault by cousin

Warning: the details of this story may distress some readers.

A baby girl is in critical condition after suffering an assault by her 28-year-old cousin.

The eight-month-old was rushed to hospital after she was allegedly raped by her cousin while her parents were at work in New Delhi, India.

Al Jazeera reports that the girl was found by her mother after she returned home.

Doctors have confirmed that the infant was raped and that she needed emergency surgery due to the internal damage caused by the assault.

The suspect has since been arrested.

"We arrested the accused yesterday. He is the 28 year-old cousin of the victim.

"We have booked him under 376 Indian Penal Code and section 6 of the Protection of Children Against Sexual Offences. The investigation is still underway."

Swati Maliwal, the chief of the Delhi Commission for Women, said that she is "horrified" by the case.

"I can still hear her screams and cries. As DCW chief, I feel horrified at this abuse of a child, I feel as if I have been raped. She is on life support right now.

"At present, cases drag on for years. There is no deterrence, no fear." 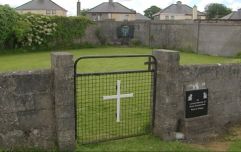 END_OF_DOCUMENT_TOKEN_TO_BE_REPLACED

Maliwal is advocating for the death penalty within six months if an attacker is found to be guilty.

The most recent statistics available from the National Crime Records Bureau show that 94.8 percent of child rape cases in India saw the victim attacked by someone they knew.

popular
WATCH: Paul Mescal and Daisy Edgar Jones's first Normal People audition is stunning
The shows and movies you need to watch before they leave Netflix next month
Trolls target Emma Willis' eight-year-old son over pink clothes and long hair
Dublin TikTok house deny staging dance with couple having sex behind them
Government vote to seal mother and baby home records for the next 30 years
6 cosy buys from Irish brands that'll make staying home a little easier
'I had to travel light': Adele jokes about weight loss in SNL appearance
You may also like
2 days ago
Woman in court in connection with the identifying of boy found guilty of Ana Kriégel on social media
2 days ago
Gardaí investigating after body of woman and infant boy found in Dublin
4 days ago
John Travolta's nephew, Sam Travolta, passes away aged 52
5 days ago
Plans to seal the records of Mother and Baby Homes met with backlash
1 week ago
"There's a lot of healing in sharing stories" Kerry mother shares her experience of multiple pregnancy loss
1 week ago
Gardaí investigating unexplained death of woman in Dublin
Next Page