It's arguably one of the world's most famous cities for street food, but that could be about to change.

People have taken to Twitter to bemoan recent reports that all road side food vendors in Bangkok will be banned by the end of this year.

The Bangkok Metropolitan Administration is planning the crackdown to maintain order and hygiene. 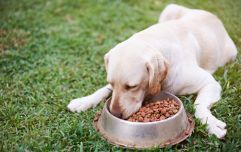 Pet foods recalled after 70 dogs die in US

END_OF_DOCUMENT_TOKEN_TO_BE_REPLACED

In a bid to beautify Bangkok, famous locations such as Chinatown/Yaowarat and Khao San Road could be stripped of all street food vendors.

According to National Media, the BMA are hoping to reclaim the pavements and streets for pedestrians.

CNN recently named Bangkok the finest street food destination in the world, and people are not happy with these proposed plans,

This would be a major blow to Bangkok residents and tourists alike if all street food stalls in Bangkok were banned https://t.co/r9GvVq5Vsu

The only battles the BMA seem to win are the ones against common sense - no street food in Khaosan and Yaowarat?

I haven't seen anyone who thinks it's a good idea to remove all the street food. It's just going to put even more money into CPs pockets.

Now that there's no food stalls we can all freely walk the paths of Bangkok desperately looking for some dinner. ?