There's a British general election coming up. And soon, too.

Thursday, December 12 will see the UK public take to the polls for what must be the 87th time since the Brexit referendum.

END_OF_DOCUMENT_TOKEN_TO_BE_REPLACED

This week, in a bid to win over voters who may still be on fence (and those who just fucking love Richard Curtis movies), current Prime Minister Boris Johnson released a conservative campaign video in the style of the iconic Love Actually cue card scene.

It was aptly called 'Brexit, Actually,' (immediate tax break for whoever came up with that one), and it encouraged the public to vote Tory in the upcoming election to ensure that the country can "Get Brexit Done."

Here, in case you for some reason have managed to avoid it on your timeline until now, is the video in question:

END_OF_DOCUMENT_TOKEN_TO_BE_REPLACED

It kicks off exactly how any vague fan of Love Actually would expect it to: with a mixed race couple enjoying a nice quiet night in (diversity, right?).

Then suddenly, the doorbell rings. It's Boris, and instead of fleeing the scene like any normal member of the public would, Anonymous Middle Class Woman stands there positively glowing while he delivers his desperate plea for votes. 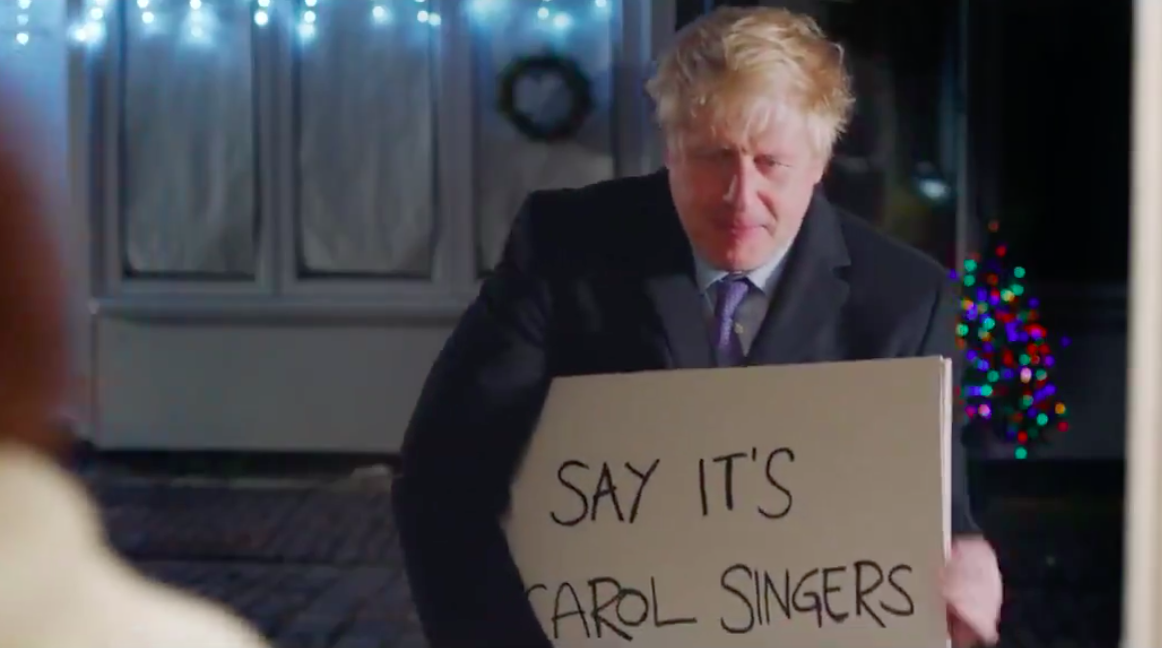 Boris then launches into his many, many reasons why she - and everybody else - should vote Tory. 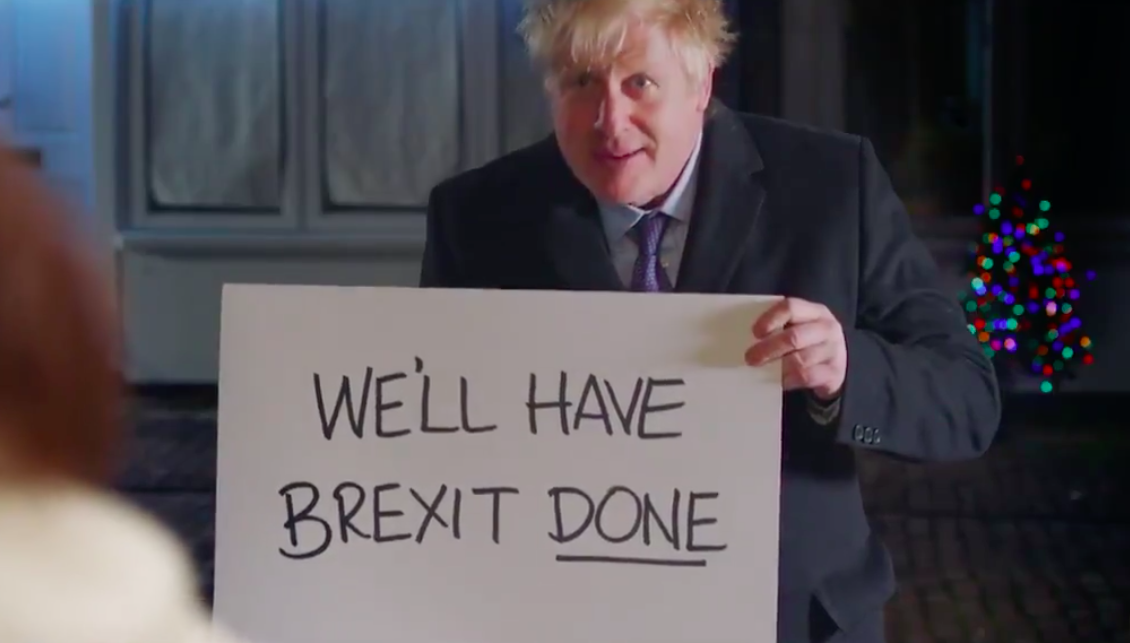 The stunt ends with Boris providing a befuddled thumbs up while Anonymous Middle Class Woman giggles hysterically in her M&S cowl neck jumper. 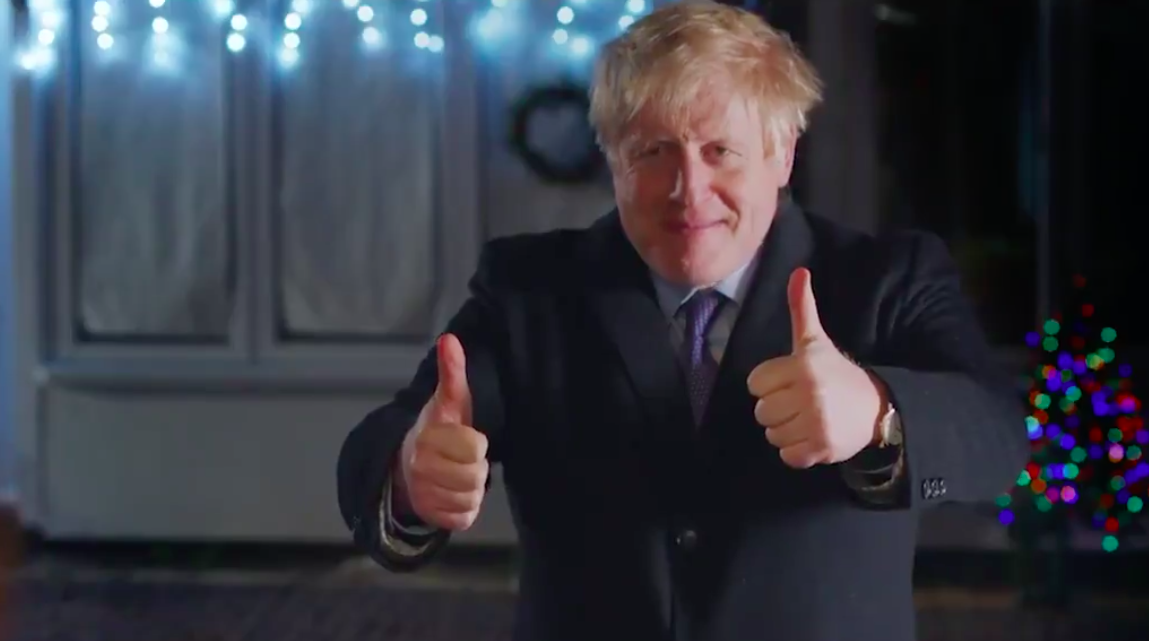 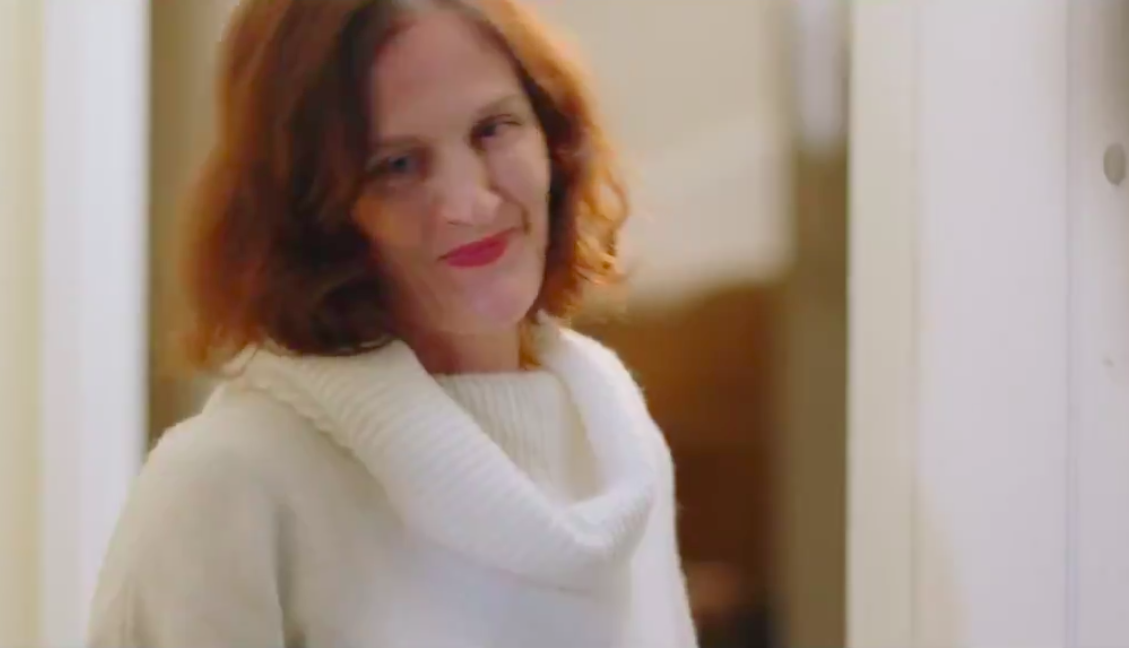 Boris then leaves the doorstep and struts towards the camera where he delivers one last attempt to get the public to vote Tory. 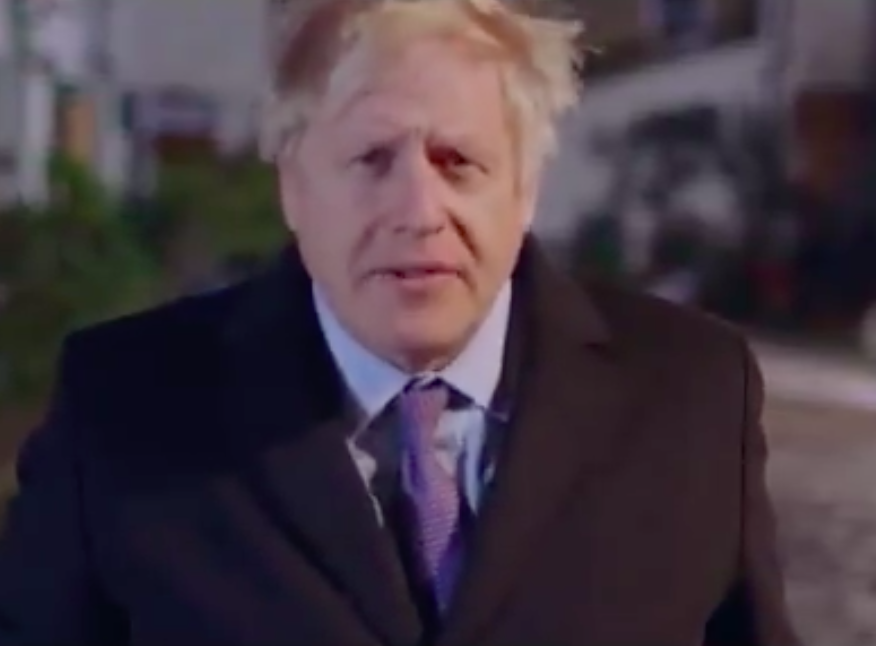 All of it. The jovial tone. The sly digs. The conservative government that is struggling to protect the NHS while also planning tax cuts for the rich and less support for the poor.

And while you're at it, maybe have Boris do a couple of trial runs before shooting the final video in future.

Teach him how to simultaneously hold a cue card while looking someone in the eye, maybe. That would be a start.

There's a reason why the Tories are presenting themselves as cutesy, whimsical, and entirely relatable this festive season - and it's not because they are.

But thankfully, the irony of 'Brexit, Actually' has not been lost on people.

While Boris and his mates are out making fun, spoofy videos this Christmas, UK families are relying on food banks to get them through the festive season and children are sleeping on hospital floors.

Fortunately for many, a poorly put together plea featuring a picture of a dog that doesn't really make much sense just won't cut it.

But unfortunately for many others, it probably will, actually.