The terrorist group that took the lives of 32 people in Brussels in March had initially intended to attack France again.

The Guardian report that Belgium's federal state prosecutor said that 'numerous elements' in the investigation showed the cell had 'the intention to strike in France again' following the ISIS-led attacks in November 2015 in the French capital.

However, the group was apparently surprised by the efficiency of the investigation so redirected their plans to Brussels. 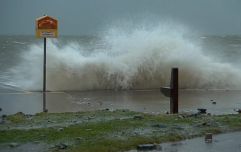 END_OF_DOCUMENT_TOKEN_TO_BE_REPLACED

The attacks in the airport and Maelbeek subway station left 32 people dead, and there are clear links being established between the Paris and Brussels groups.

Mohamed Abrini, who was known as 'the man in the hat' was arrested in a police raid on Friday after he fled the attacks leaving a large bag of explosives behind.

popular
Woman spots dead husband in promo video for Indian restaurant
Redhead girl stabbed with scissors at school 'because of colour of her hair'
Anne Hathaway shares disappointing news about The Princess Diaries 3
"I feel like I lost myself": Nathalie Lennon on her mental health struggles and her latest project with Pieta
Molly-Mae Hague fans think they officially know her baby's name – and it means cloud
Baby found unattended in pram in Dublin, Gardaí reveal
Gwen Stefani reportedly pregnant with baby number four
You may also like
6 months ago
Gardaí head to France to track down new Sophie Toscan du Plantier suspect
7 months ago
Needle spiking on the rise in French nightclubs and concerts
8 months ago
Johnny Depp to return to big screen for first time in three years for new film
1 year ago
France has now outlawed conversion therapy
1 year ago
14-year-old girl rescued from kidnapping after police follow Snapchat location
1 year ago
French TV star twins die from Covid-19 only days apart
Next Page