A Canadian man has been sentenced to death in China for drug smuggling.

Robert Lloyd Schellenberg, who is 36, was given his sentence in Liaoning Province earlier today. 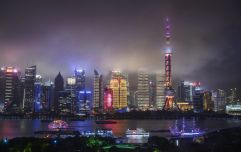 END_OF_DOCUMENT_TOKEN_TO_BE_REPLACED

This was his second trial after his arrest, which occurred in 2014.

Originally, Robert was given a 15-year prison sentence for his role in smuggling methamphetamines to Australia.

These are charges which he and his lawyers have vigorously denied.

He had been detained for two full years before going to trial, where he eventually got his 15 year sentence. 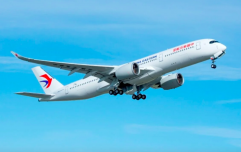 END_OF_DOCUMENT_TOKEN_TO_BE_REPLACED

He appealed the sentence, which has led to the death penalty.

Dalian Intermediate People's Court handed down the death penalty, the court said in a brief statement on its website.

The court believes that Robert is “involved in organised international drug crime.”

"We can only guess, but that is definitely what it looks like, and that is incredibly worrisome. We’re just worried that it won’t be a fair trial or a fair outcome.”

popular
Vogue Williams slams man who refused to swap seats with her on plane
This is why the world is obsessing over Adidas Gazelles
Are we getting a mini heatwave in September?
Phoebe Bridgers and Paul Mescal go sale agreed on West Cork home
Ryanair, easyJet and BA issue warning to anyone boarding with smart bag
Laura Whitmore addresses negative Love Island comments
Scarlett Moffatt slams 'disgusting' pap for sneaking into hotel to take photos of her
You may also like
11 months ago
China bans reality talent shows and tackles "vulgar influencers" on TV
1 year ago
Controversy as China airs censored version of Friends reunion
1 year ago
China imprisons Wuhan journalist who reported first coronavirus outbreak
2 years ago
China reports no new domestic cases of Covid-19 for the first time since outbreak
2 years ago
Chinese companies are giving female employees over 30 special 'dating leave'
3 years ago
Over 32 people dead following typhoon in China
Next Page