Caroline Flack has died at the age of 40

Caroline Flack has died at the age of 40.

Multiple outlets reported that the former Love Island host passed away at her home on Saturday.

"We can confirm that our Caroline passed away today on the 15th February," her family said in a statement. "We would ask that the press both respect the privacy of the family at this difficult time." 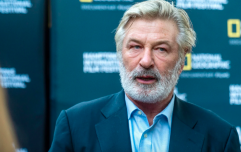 END_OF_DOCUMENT_TOKEN_TO_BE_REPLACED

Sky News reported that a family lawyer had confirmed that Caroline had died by suicide.

Tonight's episode of Love Island Unseen Bits will not air. A number of former Love Island contestants have taken to social media to pay tribute to Caroline.

Jack Fincham, who won the 2018 series alongside Dani Dyer, said he was "truly in shock after hearing such devastating news."

"It was a pleasure knowing you Caroline my thoughts are with your family and loved ones," he added.

Wes Nelson, who also starred in the 2018 series, called the presenter a "diamond" and "one of the warmest funniest people I’ve ever met."

Amber Davies, who won the 2017 series with Kem Cetinay, said that she would "always adore" Caroline.

"I am lost for words. My heart is completely broken," she wrote. "Caroline I will always adore you, we all love you so much. this will hurt forever."

Devastated to here the news about Caroline Flack. Caroline was nothing but kind to me and that’s how I will always remember her. Saddens me so much when people think the only way out is death. My prayers and thoughts go out to Caroline’s friends and family. Heartbreaking ?

My heart hurts for Caroline Flack. She did not deserve this. I have no words. Rest in peace. ?❤️

So sad to hear about Caroline ❤️ Im in shock

Caroline rose to fame in 2002 when she starred in Bo’ Selecta!. She has since presented shows like I'm a Celebrity...Get Me Out of Here! NOW! and The Xtra Factor.

Anyone who may be affected by this story can contact The Samaritans on 116-123.

popular
Heavy rain and unsettled conditions forecast for Bank Holiday weekend
Maria von Trapp's daughter has died aged 90
Human remains found positively identified as Brian Laundrie
At least seven bodies have been found in search for Brian Laundrie
Tesco is refunding 27,000 customers after overcharging them
Three month sentence of Garda for domestic violence is "appalling" says Women's Council
This is how much 91-year-old Queen Elizabeth drinks every day
You may also like
1 day ago
Notebook and backpack belonging to missing Brian Laundrie found alongside human remains
1 day ago
Police investigating viral video of child being 'forced' to have ears pierced in UK
2 days ago
Police launch investigation after woman "spiked with needle" in UK nightclub
2 days ago
Irish fashion designer hit with abusive and threatening messages on Instagram
3 days ago
Domestic abuse survivors offered $5,000 to help leave abusers in Australia
3 days ago
Man arrested after woman raped on train as passengers filmed it
Next Page