Most debates about football take place in pubs and are soon forgotten about, left at the bottom of empty glasses.

But some are so perfectly pedantic, so sublimely stupid that they stand the test of time.

Twitter has been the canvas for several of these masterpieces over the years. One supporter flings his opinion into the world and, before you know it, another fan gets in touch to let the first know that he has absolutely no clue what he's talking about. 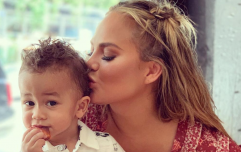 END_OF_DOCUMENT_TOKEN_TO_BE_REPLACED

A depressing amount of time is spent on the social media platform by fans content to meander around in circles, deciding nothing but perpetuating points about famous people kicking a ball about.

There is something oddly entertaining about watching fans go back and forth with one another, with both totally convinced that they are in the right.

Our personal favourite "debate" arrived in our lives back in 2015, when two Arsenal supporters disputed their team's rumoured pursuit of centre-forward Jackson Martinez.

It wasn't the quoted fee that was the subject of the argument, nor was it what Martinez could bring to the Gunners.

Rather, it was the pettiest disagreement imaginable about the player's age, with neither giving an inch.

You've probably read the exchange before as it went viral at the time but, if you haven't, enjoy the trifling dialogue in all its glory. 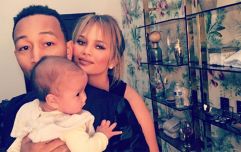 END_OF_DOCUMENT_TOKEN_TO_BE_REPLACED

Chrissy Teigen, the American model who is married to John Legend, is new to the modern phenomenon of football supporters arguing on social media.

And she had the appropriate reaction after stumbling upon the above.

Don't worry, Chrissy. There's an awful lot more where that came from.