An eight-year-old girl in the UK is battling life threatening injuries this evening after being shot in the head by her father.

It's believed that the tragic incident occurred near Rye in East Sussex and the man later turned the gun on himself.

According to the Daily Mail, police have said that they are treating it "as a tragic domestic incident" and do not believe that anyone else is involved. 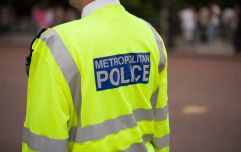 END_OF_DOCUMENT_TOKEN_TO_BE_REPLACED

"At this stage, we are not in a position to confirm the relationships of all those involved but we can say that the girl and the man knew each other. The man does not live at the address.

"We are treating this as an isolated incident and there is no evidence that any other members of the public are at risk. Spring Hill has been sealed off while officers investigate the incident and is likely to be closed for the next few hours."

A local from the area told MailOnline that it appears that the man travelled to his ex-partner's home and shot the young girl, with his body later found in a car outside the property.

popular
This is how much 91-year-old Queen Elizabeth drinks every day
Simon Harris gives three urgent options for easing restrictions next week
Tributes paid to Limerick based blogger and model Patrick McLoughney
Lidl closing early this weekend to thank staff for hard work
Husband of world champion runner Agnes Tirop arrested over death
Not going anywhere: Baby names set to stay popular for the next decade
Another Strictly star has pulled out of the live show
You may also like
3 weeks ago
Tributes pour in for 28-year-old primary school teacher killed in London
3 weeks ago
You could be shopping in an Aldi store with no checkouts in Ireland in the near future
3 weeks ago
Dad pays tribute to two children, their mother, and friend killed at sleepover
1 month ago
You can now get paid over €200 an hour to eat roast potatoes
2 months ago
Death of newborn found in canal in UK now treated as murder
3 months ago
Police breached "fundamental rights" at Sarah Everard vigil, inquiry finds
Next Page