Why the youth vote shouldn't be dismissed as snowflake politics

It describes any notable and significant change in political or social sphere predominantly spurred on by those under the age of 25, a shift that been felt across many elections, referendums, and movements of late.

Over the past few years, the word has come to either detail an extraordinary win for the politically engaged youth - or an easy way to explain away a sudden surge in support for the opposition.

A similar although not all-encompassing narrative has emerged in the wake of Saturday's general election.

After all, it would be easy to presume that any significant and seemingly sudden change in electoral consciousness is always down to the inevitable youth surge.

It would also be easy for those lamenting the current lean towards the left - and towards change - to simply blame it on the under 25 year olds.

'They're young', 'they're inexperienced', and 'they don't know what they want.'

Such statements don't just undermine the intelligence and political awareness of young people, but this time, they're not even entirely demographically accurate. 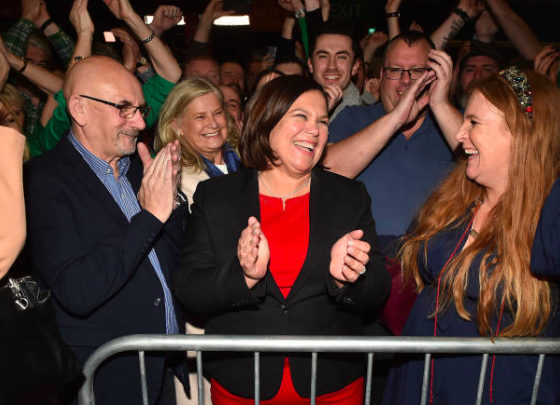 This weekend's ongoing general election results - and the extraordinary exit poll that came before it - don't just show an increased interest for a left government among young people, but among people of most ages. 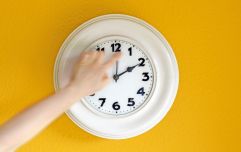 END_OF_DOCUMENT_TOKEN_TO_BE_REPLACED

Although support for Sinn Féin is certainly prevalent among those aged between 18 and 25, a substantial amount of voters continued to give their first preference to the party across all ages (except for the over 65s, who kept their preference firmly in the Fine Gael and Fianna Fáil camps).

According to Saturday's exit poll, Sinn Féin preference didn't just stop with 18 - 24 year olds, but extended out through the 25 - 34 demographic too at 32 percent each.

Similarly, those in the 35 - 49 and 50 - 64 groups continued to show support for Sinn Féin with 22 and 23 percent respectively giving them first preference (with Fine Gael and Fianna Fáil receiving approximately the same amount, if not slightly less).

The only demographic that showed a substantial continued support for a Fine Gael or Fianna Fáil led government were the aforementioned over 65s, with only 12 percent giving first preference to Sinn Féin. 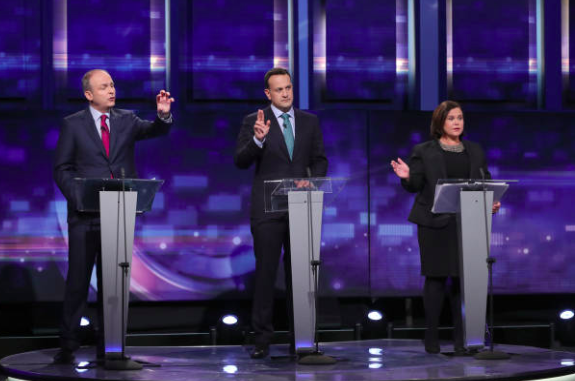 Although the youth vote may not be the sole reason behind the sudden left surge, the political awareness of Ireland's young people shouldn't be ignored.

The results of both the referendums to repeal the eight amendment and introduce same-sex marriage were dominated by a strong and engaged young electorate, one that was hopeful and willing to push their country in the direction they believed was right.

This is probably one of the reason why Sinn Féin spoke out in the past about the possibility of lowering the voting age to 16.

It's also definitely one of the reasons why they were very much in favour of running 21 year old Louis O'Hara as a candidate - a college student entirely representative of an ever increasing politically engaged demographic.

Our young people want change, but if this election has shown anything, it's that mostly everybody else does too. It just isn't clear exactly what form that change will come in yet.

At the time of writing, more than half of the incoming Dáil seats have been filled, with Sinn Féin currently leading the charge.

Although this is likely to change with continued counts over the coming days, it is becoming more and more apparent that an alternate party promising something different has very much outperformed many expectations.

And not just because of the youth.


popular
Ronan and Storm Keating have welcomed their second baby – and her name is the cutest
9 new Netflix additions we can't wait to check out in April
Real life Corrie couple Sally Carman and Joe Duttine have gotten engaged
5 new additions to Netflix to spend your weekend watching
Wiz Khalifa confirms he has a new girlfriend... and you definitely know her
So, William and Harry have a step sister... and who knew?
Odin, who played Bran Stark's direwolf in Game of Thrones, has died at the age of 10
You may also like
1 day ago
Andrew McGinley asks people to send him letters as he struggles with self-isolation
2 days ago
There's a new online service that could help people who have lost their job due to coronavirus
5 days ago
#Covid-19: Ban on gatherings of more than four people, says Varadkar
6 days ago
Eight year old Dublin boy attacked by dogs has died
6 days ago
#Covid-19: Simon Harris: Ireland 'likely' to receive further social distancing recommendations
1 week ago
IKEA to shut all stores in UK and Ireland from 6pm Friday
Next Page