As the man says, you'll never unsee it.

Conor McGregor's brutal victory over Nate Diaz at UFC 202 was intriguing for a number of reasons. Not only does it tee up a potential trilogy-completing third bout between the two bloodied brawlers, but it also throws up all sorts of scenarios about what weight and belt he'll compete for over coming months.

What you probably didn't notice - and didn't want to notice ever - was a cheeky little cameo from McGregor's little chap. But thanks to Twitter's Jonno Turner, far too many people now think they've seen the Notorious' willy.

That's because Mr Turner uploaded a seemingly innocent image of McGregor landing a powerful southpaw blow on Diaz's granite chin. And then zoomed in, and zoomed in again, to a section of the image just above Conor's shorts...

when you see it, you can never unsee it pic.twitter.com/cAenFhbTxu 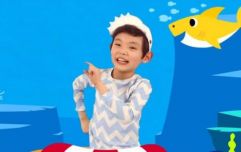 END_OF_DOCUMENT_TOKEN_TO_BE_REPLACED

Whilst you clear up the sick puddle now in front of you, don't worry - it's not actually Conor's, erm, Little Conor. We hope. It looks very much like his blood-stained right thumb wrapped in tape, but we reckon Jonno knew that and just wanted to corrupt our innocent minds.

So, of course, if we had to suffer, you do too.

It seems plenty of people did think it was the fighter's rogue bellend and we doubt they'll ever fully recover...

no way that's his tadger

Ffs was not expecting to see his Johnson

popular
Vicky Phelan says she wants to pass away in holiday home "for the kids' sake"
Scotland international rugby star Siobhan Cattigan tragically dies, aged 26
Stacey Solomon mortified after walking around shop in see through leggings
Meabh Feerick passes away after sharing that she felt "let down" by Irish healthcare system
Gwen Stefani reportedly pregnant with baby number four
Here Are The Top 20 Most Common Pin Codes in The World
Norma Foley addresses concerns over schools staying closed in January
You may also like
1 day ago
TikToker fakes a wedding photoshoot to get back at ex
5 days ago
What is the 'yassify' trend and why is everyone doing it?
1 week ago
WATCH: Woman "disgusted" as she catches man filming her in gym
2 weeks ago
Woman 'rolls down mountain', leaves hilarious review about her 5-star leggings
2 weeks ago
A TikTok mum shares life tips for people who doesn't have a mum in their lives
3 weeks ago
Outrage after man criticises wife for bleeding after birth
Next Page