Ricardo Medina Jr. has been charged with the 2015 murder of his roommate Josh Sutter.

The actor, best known for playing the Red ranger in the 2002 version of the series, Wild Force was arrested yesterday morning in Los Angeles, with bail set at $1 million.

He was previously arrested in January 2015 according to E! News after Sutter was fatally stabbed with a samurai sword, but it was announced on February 3rd 2015 he would not be facing charges. 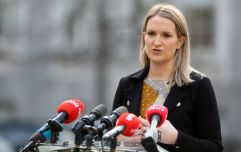 END_OF_DOCUMENT_TOKEN_TO_BE_REPLACED

Variety reports that the two men got into an argument over Medina's girlfriend, which turned physical, and Medina wasn't charged as he claimed he was acting in self defence.

He could face anywhere between 26 years to life in prison if he is convicted.

Lead Image via The Daily Mirror