Two twin baby girls from Bhutan have finally left hospital in Australia after being separated earlier this month.

Nima and Dawa were joined from the lower chest to above the pelvis at the time of their birth 15 months ago.

They were successfully separated in an operation on 9 November at Melbourne's Royal Children’s Hospital.

END_OF_DOCUMENT_TOKEN_TO_BE_REPLACED

Less than three weeks later, their mother Bhumchu Zangmo has been able to check her girls out.

"The twins have made an excellent recovery and they are now starting to act independently and move around,” lead paediatric surgeon Joe Crameri said upon the babies' discharge.

“I was pleased to see they were somewhat smiling." 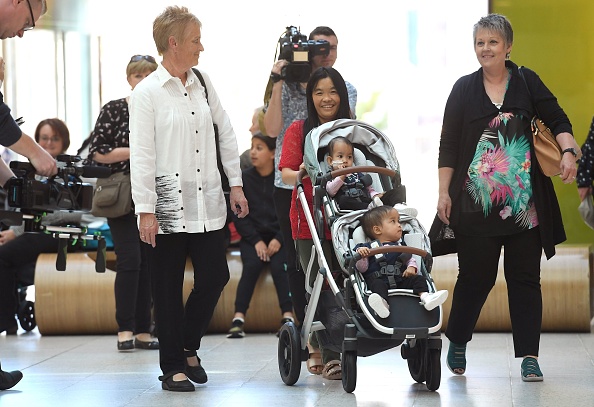 The girls initially struggled to adjust to not being joined together, he said.

"We saw them became incredibly anxious after the surgery once they knew their other twin was not immediately in front of them.

“Over the last couple of weeks, we have seen them gain confidence, gain independence and gain a lot of strength.”

Despite their success of their recovery, the girls still have a long way to go before they can return to their home country.

They're due to spend time at the Children First Foundation outside Melbourne where they'll continue their rehabilitation.

popular
Deirdre Morley issues medical negligence action against HSE and hospital
Ben Foden's wife Jackie says it is "not possible" for him to cheat on her
People are only realising Kendall Jenner and Gigi Hadid are related and the reactions are gas
And Just Like That... episode 8: Nobody saw this one coming
Cavan parents remember teenage son as "character of the family" on emotional PrimeTime interview
Love Island's Amber Gill could be banned from Instagram over ad controversy
These are the top baby names for 2022
You may also like
1 month ago
Five children killed in bouncy castle tragedy in Australia
1 month ago
Doctor accused of making TikToks during surgeries banned from performing them
1 month ago
Inquiry shows "one in three" Australian parliament staff have been sexually harrassed
2 months ago
54-year old woman makes history by becoming her daughter's surrogate
2 months ago
Cleo Smith gives police 'new information' about abduction
2 months ago
Australian Police charge man with abduction of Cleo Smith
Next Page