Former Louth junior footballer Eamon Carroll suffered fatal injuries when he was knocked down in the early hours of Tuesday morning.

The 33-year-old was struck by a Garda patrol car just a day after he had won his sixth senior championship title with Louth club, St Patrick’s GFC.

According to The Mirror, the local footballer was believed to be walking home to his family home in Bellurgan when the incident occurred on what the Garda ombudsman confirmed was a “dark stretch of road.” 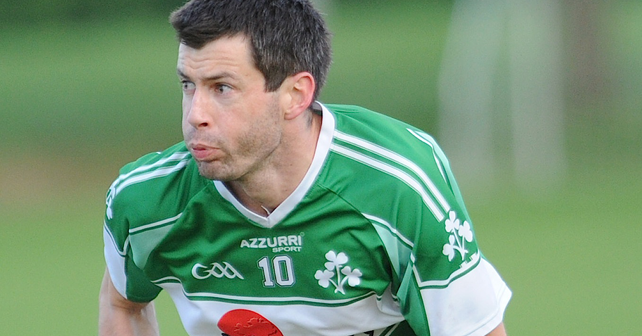 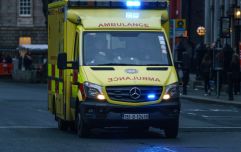 END_OF_DOCUMENT_TOKEN_TO_BE_REPLACED

Eamon Carroll died in a tragic accident in the early hours of this morning. (Pic via Louth GAA)

Mr. Carroll’s club had scooped their sixth senior football county championship title on Sunday with a 1-10 to 1-8 victory over the Dreadnots. The talented forward had scored a point in the final and was celebrating his sixth county medal with the club, having played a part in their 2003, 2004, 2007, 2011 and 2012 victories.

Known as ‘Finch’ to his friends, former DCU student, Mr. Carroll was a hugely popular member of the local community.

RIP Eamon Carroll. One of the nicest families you could meet. Like your father, you were a gent and a great footballer to boot. A sad day :(

A spokesperson for the Garda Síochana Ombudsman Commission (GSOC) confirmed: “A road traffic collision involving a Garda patrol car and a pedestrian was referred to GSOC in the early hours of this morning. The collision took place at approximately 1.20am outside Bellurgan, on the main Carlingford to Dundalk road.”

A GSOC investigation has been launched into the accident.

A book of condolences has been opened at St. Patrick’s GFC for Eamon. All club activities have been suspended until further notice

@PatsGFC have opened a book of condolence following the tragic death of well known player Eamon Carroll. Book is at the Complex.

Deepest sympathy to the family & friends of Eamonn Carroll #RIP

Girls With Goals || Her · Ep.161: Feeling Peachy - Sharon Keegan of Peachylean on being an absolute BOSS!
popular
This wedding hangover kit is going viral on TikTok
Love Island featuring show's first contestant with a disability
Bartender praised for passing note after man harassing women in bar
Meghan was right to say Archie "won't be a prince" under Prince Charles
Friends Star James Michael Tyler Files For Divorce
Love Island winner Greg O'Shea explains why he's leaving "celebrity" life behind
How to INSTANTLY unblock your stuffy nose (we swear this works)
You may also like
1 year ago
Youtuber and TV presenter Emily Hartridge has died following a fatal accident
2 years ago
Ashton Kutcher hit a teenager with his car and then took a selfie to apologise
3 years ago
Fundraising drive for teen paralysed after freak fall in Storm Emma
3 years ago
Harry Styles takes a tumble after fans throw kiwis onto the stage
3 years ago
A four-year-old has died after tragic accident in a house under construction
4 years ago
A man is in critical condition after being struck by a roller coaster in Cork
Next Page