We live in a world that is becoming increasingly visual.

Where once we had to talk or text our feelings now we can communicate instantly via emoji and memes. Now, more than ever, emoji are representative of the broad array of people living in the world.

As of today, emojis are getting even more diverse, as The Unicode Consortium, a silicon valley tech organisation that oversees emoji creation, have just approved 11 new professional emoji to better represent women’s careers.

The new emoji feature women in a broader set of jobs such as a scientist, a rock star, a farmer and a mechanic. They will also be available in a selection of skin tones, making them just that little bit more relatable to more people.

In a blog post today, Google reflected on the unnecessarily gendered emoticons that existed in the past by saying:

“More than 90 percent of the world’s online population use emoji. But while there’s a huge range of emoji, there aren’t a lot that highlight the diversity of women’s careers, or empower young girls. There are emoji like these for men: 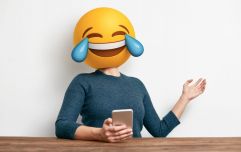 END_OF_DOCUMENT_TOKEN_TO_BE_REPLACED

These proposals were initially presented at the Unicode Consortium's quarterly meeting this year by Google employees who wanted to “highlight the diversity in women’s careers.”

The team who presented consisted of four members; Rachel Been, Agustin Fonts, Nicole Bleuel and Mark Davis, who said:

“We believe this will empower young women, and better reflect the pivotal roles women play in the world.”

As young women are in fact the heaviest users of emoji’s the team wanted to ensure that they were being included. In the past, Unicode have been accused of not being representative of the full spectrum of human identity, which is why they have also added more skin tone options.

Here they are now, in all their rainbow technicolor glory.

We're not sure when these new emoji are set to be released but they are a step in the right direction for young girls who can now see themselves in a myriad roles that were not previously available to them in emoji land.

popular
QUIZ: How well do you remember 13 Going on 30?
Here are the 10 finalists for this year's Galway Races 'Virtual Best Dressed' competition
Bleach stain struggles: Here's how to save your clothes from ruin
Caroline Foran's tips for first-time interior design, when you haven't got a clue where to start
Staycation: 5 Irish heritage sites we're absolutely hitting up this summer - and they're all free
Spotted at Penneys: Two cruelty-free dupes for popular makeup brands
12 of the best podcasts we listened to during lockdown
You may also like
9 months ago
Apple have introduced period and disability emojis in their latest update
10 months ago
The one thing you should never put in a professional email
1 year ago
Bloody brilliant - a period emoji is coming and it's a glorious day for womankind
1 year ago
A pinching hand emoji is coming, and yeah, we're all thinking the same thing
2 years ago
THIS is the emoji that comes up when you search for 'Ireland' on Insta Stories
2 years ago
Twitter users are hating on Kendall Jenner because of this emoji
Next Page