The HSE is to carry out an internal review into the circumstances surrounding a decision to deny an abortion to a rape victim.

The women is believed to have become pregnant as a result of a rape in her home country and discovered her condition after arriving in Ireland. She approached the State to inform them of her pregnancy at eight weeks, requesting a termination on the ground that she felt suicidal.

It's understood the woman could not leave the country to access the procedure elsewhere and was assessed by a panel of three medical experts, including two psychiatrists and an obstetrician, under new legislation introduced following the death of Savita Halappanavar. 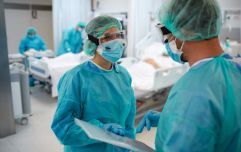 END_OF_DOCUMENT_TOKEN_TO_BE_REPLACED

The legislation allows for abortion to be carried out in certain circumstances, including where a woman is suicidal as a result of the pregnancy.

While it was decided that she was at risk of suicide, the panel decided not to permit an abortion and the woman was forced to carry the foetus until it was viable and give birth by caesarian section.

The woman, described as "very vulnerable", went on hunger strike following the decision and the child has since been taken into State care and is being treated in hospital.

Doctors For Choice has since expressed its "shock and anger" at the case, branding it the "abuse of a traumatised and neglected woman".

"These questions raise very disturbing possibilities for the abuse of a vulnerable adult. There seem to have been reasonable grounds for the HSE to suspect that neglect of this young woman’s need to access an abortion would result in significant harm (suicide) as certified by two psychiatrists. Was this Neglect of a vulnerable adult investigated and what was done by the HSE to protect her?"

popular
Deirdre Morley issues medical negligence action against HSE and hospital
Ben Foden's wife Jackie says it is "not possible" for him to cheat on her
People are only realising Kendall Jenner and Gigi Hadid are related and the reactions are gas
And Just Like That... episode 8: Nobody saw this one coming
Cavan parents remember teenage son as "character of the family" on emotional PrimeTime interview
Love Island's Amber Gill could be banned from Instagram over ad controversy
These are the top baby names for 2022
You may also like
1 day ago
22 organisations supporting women in Ireland
2 days ago
Euphoria fans delighted after learning Fezco's Irish connection
3 days ago
Giant asteroid "bigger than any building" to pass Earth on Tuesday
3 days ago
Calls for all of Government to respond to gender-based violence in wake of Ashling's murder
1 week ago
Kin star Clare Dunne listed as European Shooting Star
2 weeks ago
Up to 150,000 Covid cases may not have been counted over the past month
Next Page