"An account of how one woman can move mountains..."

Vicky Phelan has announced that her memoir, Overcoming, will be released later this year.

The book, in which Phelan tells her own remarkable personal story, details the the activist's struggle with depression, her experience of motherhood, and the court case that made her a household name.

One of the 220+ women who were given false negative results amidst the CervicalCheck scandal, Phelan made it her duty to expose the failings of Ireland's cervical screening programme and to ensure that this never happened to another woman again.

Overcoming tells her story, in her own words, and what an incredible story it is.

We finally got the book finished. @NaomiLinehan and I have had a busy few weeks getting it over the line. So exciting. #Overcoming is published by @HachetteIre in September. You can pre-order the book via @Easonshttps://t.co/SJUHyvoiM8 pic.twitter.com/yOBpToDMch

"When Vicky Phelan delivered an emotionally charged statement from the steps of the Four Courts in April 2018 - having refused to sign a non-disclosure agreement in the settlement of her action against the HSE - she unearthed the medical and political scandal of our time," reads the synopsis. 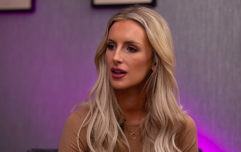 END_OF_DOCUMENT_TOKEN_TO_BE_REPLACED

"Since then, Vicky has become women's voice for justice on the issue, and her system-changing activism has made her a household name.

"An inspiring story of rare resilience and power, Overcoming is an account of how one woman can move mountains - even when she is fighting for her own life - and of finding happiness and strength in the toughest of times."

Overcoming is set to be released in September.

You can preorder the book from Eason here.


popular
Love Island to pay tribute to Caroline Flack tonight during live final
The comfy €42 M&S boots we're going to be living in all spring
QUIZ: How many of these Derry Girls characters can you name?
The €20 Bershka jumper we're going to be living in for the next few weeks
Netflix's Babies documentary is making quite the impression online
The floral Penneys dress that will instantly update your spring wardrobe
Why you shouldn't put your address on your luggage when going on holiday
You may also like
1 day ago
15 books that Big Little Lies fans will absolutely adore
1 week ago
12 books to read while you're waiting for Netflix's All the Bright Places
1 week ago
The cover for Josh Malerman's sequel to Birdbox is here
2 weeks ago
Claire Allan on why The Liar's Daughter's Joe McKee is the scariest villain she has ever written
2 weeks ago
Liz Moore on the inspiration behind her compelling new novel Long Bright River
2 weeks ago
'One way or the other, we'll see': J.C. MacKenzie on Fred Allen's fate at the end of season one of October Faction
Next Page