That's why Her was front and centre at her Dublin Tech Summit talk this week, where the New Yorker gave the audience some serious insights into her success.

Appearing with PMG Sports CEO Evan Morgenstein, who helped her build her empire, the social media innovator and fitness influencer explained how she used social media to create a community that allowed her to become a positive role model and celebrity spokesperson for the 15-24-year-old demographic. 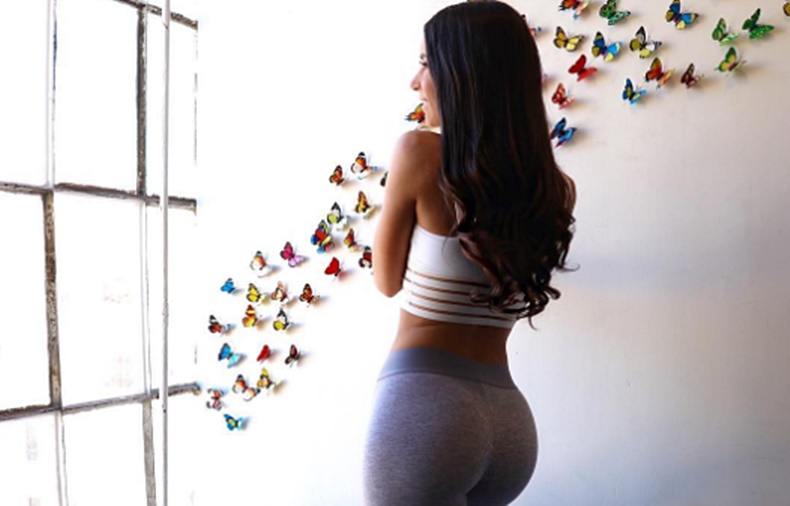 END_OF_DOCUMENT_TOKEN_TO_BE_REPLACED

Whether you're an entrepreneur or you're focused on building your personal brand, there's a lot to be learned from the savvy star. In fact, continued growth exceeds 250,000 followers per month.

Here are her tips:

Avoid negativity at all costs
Jen says she takes negative comments online with a pinch of salt ‘’What I’ve learned is that negative people and negative comments are just angry about something going on in their life so you should just take it as a compliment that they’re taking their time out of their day to try and bring you down."

END_OF_DOCUMENT_TOKEN_TO_BE_REPLACED

Choose quality over quantity
Jen has turned down millions of dollars in revenue in order to protect her brand. Refusing to sell out, she says, means her followers continue to trust her. She only promotes brands or products that she genuinely believes in.

Think of photos as art
Jen is always on the lookout for an eye-catching background or a pretty scene to use as the backdrop for her daily updates. If she can't find one she'll ask her followers to suggest a location.

Find pages you like and interact
Jen advises keeping a close eye on what the leaders in your field are doing, then commenting on and liking their posts to join their community. ‘’The most important thing is to keep people around you who are smart and positive and know what they are doing because they are the ones who will guide you through.’’ she says.

First mover advantage
As an early adopter on Instagram, Jen was able to build her fan base before other leading fitness gurus had even started. Despite her huge success, she wishes she had done the same when it came to video: "I started with photos so I'm not so good with video now," she says. " I also wish I'd started a clothing brand two years ago!"

popular
Celine Dion, 54, diagnosed with incurable neurological disease
Fans are feeling seriously sorry for Molly Mae Hague after resurfaced interview
Here are our top picks from this week's Lidl Toy Event
He may be a politician, but Leo Varadkar's personal life is none of our business
Maura Higgins claims she was left by designer who went to style someone else at an award show
HSE advises children with sore throat, cough and fever should stay at home
Tom Parker's wife suffers more heartbreak just nine months after husband's death
You may also like
1 week ago
Rules around blood donation have changed in Ireland as of today
3 weeks ago
Iranian actress Taraneh Alidoosti removes headscarf in social media post
4 weeks ago
Government's five-day domestic violence leave plan criticised
2 months ago
Meteor shower to be visible over Ireland tomorrow
2 months ago
Tayto Park has been renamed Emerald Park
2 months ago
Gardaí investigation underway as baby skeletal remains found in Cork
Next Page