Ireland has the second highest quality of life in the world

Ireland has been ranked second in the world for quality of life, according to a new study by the United Nations has revealed.

According to the study, Ireland is ranked second only to Norway in the annual ranking of 189 countries, which are measured in regard to average longevity, education and income. 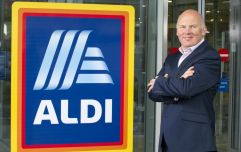 END_OF_DOCUMENT_TOKEN_TO_BE_REPLACED

Belgium is first in the world for years of expected schooling at 19.8 years while Ireland ranks eighth on the list at 19.7 years.

Liechtenstein is the first in terms of wealth with a gross national income of $131,032, while Ireland ranks at fifth on the list.

Ireland has shown significant growth in the quality of life index in recent years, rising from fourth place in 2018 to third in 2019, while between 2012 and 2017, it jumped 13 places.

The full report can be read here.

Girls With Goals || Her · Ep.153: Scholarship Squad - We chat to Facebook's Claire O'Hara about our Smurfit Scholarship fund.
popular
Matthew Perry's dad was a character on Friends and how did we not notice?
Someone has ranked the penis size of men from all over the world
Kylie Jenner just posted a naked snap on Instagram, and people are NOT happy
Kate Middleton has addressed the rumours that she's pregnant with her fourth child
If you constantly have a cold nose, this could be the reason why
Make your own Bernie Sanders meme in any location with this website
Eight Of The Best Films And Documentaries On 9/11
You may also like
1 week ago
All students, including sixth years, will return to remote learning
2 weeks ago
Met Éireann issues ice warning as temperatures set to plummet overnight
2 weeks ago
Ireland has now exceeded the peak of the first wave of Covid-19, says HSE chief
2 weeks ago
Taoiseach all but confirms schools will remain closed until January 31
2 weeks ago
‘Sudden Stratospheric Warming Event’ forecast for Ireland early this month
2 weeks ago
Snow and temperatures as low as -4 on the way as freezing start to 2021 continues
Next Page