New mothers are set to share their stories from the Rotunda and other Irish maternity hospitals during the pandemic.

The past 18 months has seen harsh restrictions imposed across the country's maternity wards, many of which have not eased alongside the reopening of Ireland's economy.

END_OF_DOCUMENT_TOKEN_TO_BE_REPLACED

The Rotunda hospital, in particular, was criticised following the recent airing of their fly-on-the-wall series, The Rotunda, which was filmed during a time when partners were not permitted inside their wards during the labour process.

Campaigners and women who have given birth amidst these restrictions dubbed the filming cruel and "tone deaf." The Rotunda later announced that partners will be permitted to attend inpatient wards between 8am and 8pm.

The #BetterMaternityCare campaign and Women Ascend have since announced an online event entitled The Real Rotunda, in which women will tell their stories of giving birth in Ireland's maternity's hospitals during Covid.

"We will not let #TheRotunda stand as the record of what it has been like to go through Irish Maternity Services in a pandemic," they said.

"Tomorrow night, at 9.30pm, we have organised our own #BetterMaternityCare event - #TheRealRotunda and you're invited.

"Hear from women who have attended the Rotunda and other hospitals about the real impact of the restrictions. And find out our next steps as a campaign - it's going to be big!" 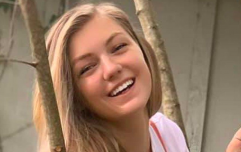 END_OF_DOCUMENT_TOKEN_TO_BE_REPLACED

The event, which takes place on Wednesday September 15 via Zoom, is a direct response to the first episode of the new Rotunda series, which aired last week.

The programme, which has detailed the struggles and joys of birth in the Rotunda hospital since 2018, was shot entirely during the Covid pandemic.

Following much criticism surrounding the series, the hospital said: "During this difficult time, we respect the sensitivities but believe that it is important to hear these stories and understand how maternity services operated during the Covid-19 pandemic.

"Filming took place with minimal numbers of crew on site and strict infection prevention and control protocols were adhered to at all times."

Minister for Health Stephen Donnelly has since said that he is looking for "answers" from RTÉ regarding the filming of the show.

#BetterMaternityCare's The Real Rotunda event takes place on Wednesday, September 15. You can find out more here.

Check out our exclusive interview with Linda Kelly from Women Ascend herehere!