She is one of the most recognisable and best-loved child stars of the 1990s.

Mara Wilson shot to fame in 1993 as the youngest child of Robin Williams and Sally Field in Mrs Doubtfire, before going on to star in Miracle On 34th Street (1994) and the brilliant 1996 adaptation of Roald Dahl's Matilda. 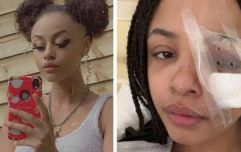 END_OF_DOCUMENT_TOKEN_TO_BE_REPLACED

After that movie, Wilson stepped away from movie roles to focus on her education. Now aged 29, Wilson has just published a book of essays chronicling her time as the most in-demand young female child star of her era.

Writing in Where Am I Now: Stories Of Girlhood And Accidental Fame, Wilson shows us the darker side of stardom by recounting disturbing experiences from the time period just before she became a teenager. 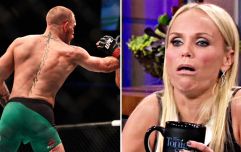 END_OF_DOCUMENT_TOKEN_TO_BE_REPLACED

In an extract printed in The Guardian, Wilson talks about how, at aged 12, she "made the mistake" of searching her name on the nascent internet.

She writes how one set of search results "linked to a website with a description that said, 'If you want Mara Wilson nude and sex pictures, click here'." 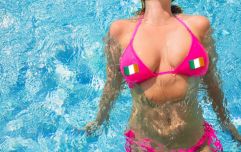 END_OF_DOCUMENT_TOKEN_TO_BE_REPLACED

Furthermore, Wilson discovered that she was featured on a foot fetish site that included movies scenes where children’s feet were exposed.

In that Guardian piece, Wilson also tells of the extremely weird and inappropriate way that Hollywood reacted to her burgeoning puberty, as well as discussing her own struggles with body image.

Wilson's book itself is published on September 22.

I AM HOLDING MY BOOK! AAA! Front and back cover turned out GREAT! You can preorder here: https://t.co/sqexrpgHRm pic.twitter.com/wYX0l2IoEw

popular
This Netflix Christmas film is being dubbed the perfect rom-com
Ireland sees '100% success rating' with 4-day work week trial
"You can’t imagine what it feels to have had a baby and yet feel like you didn’t"
Why Are Men so Obsessed With Boobs? The Answer is Pretty Surprising...
Here's how you can watch all the Harry Potter movies on TV this Christmas
Expecting a baby in December? These are the top Christmas-inspired baby names
Bad Sisters stars snap back at New York Times article that called them British actors
You may also like
1 month ago
A sex expert's advice for women going through menopause
6 months ago
Karezza sex is nothing new - here's why it's going mainstream
9 months ago
Vabbing: Why people are using their vagina scent as a perfume
9 months ago
Cheer star Jerry Harris pleads guilty in child sex abuse case
1 year ago
Man says he won't make women orgasm unless he plans on marrying them
1 year ago
Sex expert says these are the four words you should always say in bed
Next Page