Remember when we had long weekends and the temperatures got up as high as 23 degrees in some parts of the country, and we were talking about how it was hotter in Cork than it was in Athens or Barcelona? 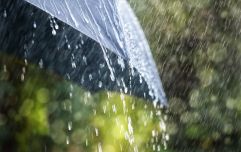 END_OF_DOCUMENT_TOKEN_TO_BE_REPLACED

And remember how we thought that might lead to a long and bountiful summer of warmth and ice-creams and shorts and stuff like that?

And then... well... the rest of the year so far happened. Clouds and rain and having to put on heavy coats in June because why is it SO COLD in JUNE??

For anyone else who feared that Ireland had skipped summer entirely and jumped straight to mid-autumn, we have some good news for you, as it looks like we're about to have the hottest weekend of the summer so far.

(Yes, technically, Irish summers only start in June, but we're trying to make a point here.) 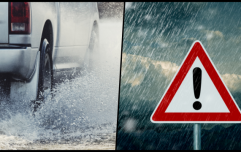 END_OF_DOCUMENT_TOKEN_TO_BE_REPLACED

Emphasis on some, though...

As per Met Éireann's forecast for the coming weekend:

Saturday: It looks set to be mostly dry on Saturday with spells of hazy sunshine. Warm and humid with highest temperatures of 17 to 21 degrees in moderate southeast winds. Showery rain will develop in the south and west overnight, extending to most areas later on. Humid overnight with lowest temperatures 11 to 14 degrees. 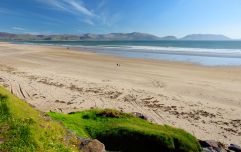 END_OF_DOCUMENT_TOKEN_TO_BE_REPLACED

Sunday: Current indications suggest it will be mostly cloudy on Sunday with showery rain. The best of any dry, bright weather is likely in the north and east of the country. Staying warm and humid with highs of 16 to 20 degrees.

Yep, you read that right. Up to TWENTY-ONE degrees this Saturday in parts of the country, making it pretty much the warmest the country has been in about two months.

Of course, the early predictions for Monday onwards see things take a downward turn again, slightly cooler and more chances of rain, but sure listen, we'll take what we can get.

popular
Female child rushed to hospital after violent incident in Co. Clare
Young girl found injured in Co. Clare house is in critical condition
Abducted in Plain Sight: True crime drama follows girl who was kidnapped twice by the same man
Molly Mae Hague shares emotional moment she discovered she was pregnant
Two Love Island 2022 stars have just become step siblings...
Free contraception for up to 30s and publicly funded IVF expected in Budget 2023
Contraception, IVF and rent relief: Key takeaways from Budget 2023
You may also like
1 month ago
Are we getting a mini heatwave in September?
1 month ago
Status Orange thunderstorm warning issued for 14 counties
1 month ago
Met Éireann extends high temperature warning for Ireland this weekend
1 month ago
Weather advisory issued as temperatures in Ireland set to soar again
1 month ago
Heavy rain persists as summer weather comes to an end
1 week ago
Woman lying motionless saved by Gardaí at house fire in Kerry
Next Page