Better stock up on that SPF.

Ireland has been basking in a heatwave for the better part of the last month - and it looks like the warm weather is going to stick around for a while longer.

Meteorologist Evelyn Cusack said that Met Éireann are currently using an experimental forecast to look at how long the dry weather could remain for.

During an appearance on RTE's Prime Time last night [Thursday, July 6], she explained that their typical forecast looks at the next 10 days - but they are now looking 15 days ahead.

And there's a lot of dry weather being indicated, according to Met Éireann's lead forecaster - which means "these conditions will remain for another week to two weeks". 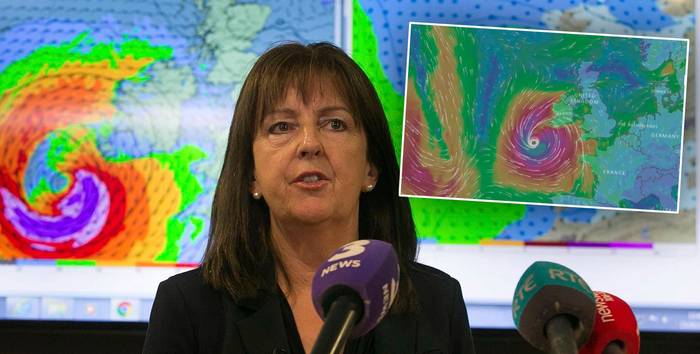 “Our predictions are certainly another ten days which is the medium range of our forecast but we’re currently using an experimental 15 day forecast and that is indicating a lot of dry weather.

“It’s been exceptionally dry, it’s been the driest June in Leinster since 1941.

"These conditions will remain for another week to two weeks.

“It’s not only been exceptionally dry but also exceptionally sunny and that’s because the weather has been coming down from the north.”

It comes as this weekend's weather forecast includes higher temperatures than the last few days - but also a bit of rain.

END_OF_DOCUMENT_TOKEN_TO_BE_REPLACED

Saturday will be a very warm and humid day. It will be generally dry but there will also be a spot of light rain on parts of the northwest coasts. There's also a risk of some sea mist developing in parts of the east and southeast coasts.

But for most places, it will be a dry and warm day with a mix of cloud an sunshine.

Temperatures of 22C to 26C are expected, with it being cooler in coastal areas - especially in the west and northwest.

As for Sunday, expect to see dry and warm conditions in most places, with some hazy sunshine, but cloudier in the north and northwest. There's also a small chance of a few showers throughout the day.

popular
5 new additions to Netflix to spend your weekend watching
Irish teacher Lucy Lanigan-O'Keeffe is engaged Prince William's best friend, Thomas van Straubenzee
Love, Guaranteed is the romantic comedy we never knew we needed
Someone has ranked the penis size of men from all over the world
The second season of Dirty John lands on Netflix next week and we’re already hooked
Simon Cowell on the reason why he doesn't want to have any more children
Gwen Stefani reportedly pregnant with baby number four
You may also like
3 days ago
Concerns over extradition of Madeleine McCann suspect Christian B
4 days ago
11 new Emperor penguin colonies discovered in Antartica
1 week ago
Bewley's is set to open its doors... again!
1 week ago
Staycation scams: Warning issued for home holiday makers this summer
1 week ago
104 Pandemic Unemployment Payments cut following airport checks
2 weeks ago
Polar bears could be extinct by end of century due to climate change, predict researchers
Next Page