Prince Andrew "absolutely and categorically" denies all allegations against him.

Met Police will take no further action following a review prompted by Virginia Giuffre, who is taking legal action against Prince Andrew.

Virgina Giuffre was allegedly sexually assaulted by the Prince. She says she was trafficked by disgraced businessman Jeffrey Epstein and forced to have sex with Prince Andrew when she was 17 years old. 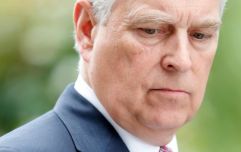 END_OF_DOCUMENT_TOKEN_TO_BE_REPLACED

In August, Met Police Commissioner Cressida Dick said her team was reviewing the allegations and looking into the evidence. Speaking about the legal action on a radio show, she stated that "no one is above the law."

In a statement on Sunday, Met Police confirmed that it would be dropping the investigation:

"As a matter of procedure MPS officers reviewed a document released in August 2021 as part of a US civil action. This review has concluded and we are taking no further action."

The update, which was reported by Channel 4, also confirmed that the force had completed its review into allegations made by the broadcaster in June that socialite Ghislaine Maxwell - the late Jeffrey Epstein's girlfriend - had trafficked, groomed, and abused a number of women in the UK. 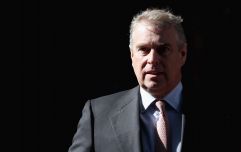 END_OF_DOCUMENT_TOKEN_TO_BE_REPLACED

"We also reviewed information passed to us by a media organisation in June 2021. This review is complete and no further action will be taken," it said.

Prince Andrew has "absolutely and categorically" denied all accusations against him and claims not to recall ever meeting Virgina Giuffre.

Sources close to the Prince say that an infamous photograph of the two together was faked. The image shows Andrew smiling, with his hand around Virginia Giuffre's waist, and is said to have been taken by Jeffrey Epstein at the home of Ghislaine Maxwell in 2001.

The Met Police said it will continue to collaborate with other law enforcement agencies who are investigating matters associated with Jeffrey Epstein.

Last week, a US judge agreed for Prince Andrew's lawyers to receive a copy of a 2009 settlement that that they believe will enable them to win the case.

popular
Claire Byrne Live viewers in shock as woman shares family DNA secret
Gogglebox fans show an outpour of support for star after hospital picture
Man behind Marilyn Monroe dress says letting Kim Kardashian wear it was a "big mistake"
The six Eurovision countries with "irregular voting patterns" have been revealed
Irishwoman killed in Texas after horror car chase crash
Dublin Airport in "shambles" after weekend of chaos
Christine Quinn confirms if she'll be on the next season of Selling Sunset
You may also like
3 months ago
Kate Middleton tipped to replace Prince Andrew in new role
4 months ago
Virgina Giuffre wants a resolution that vindicates her and other victims, says lawyer
4 months ago
Prince Andrew fails to get Virginia Giuffre sex assault lawsuit dismissed
4 months ago
Prince Andrew to urge judge to dismiss sexual assault case
4 months ago
Meghan Markle may have to testify in Prince Andrew sex case
6 months ago
Judge sets date for Prince Andrew sexual assault hearing
Next Page