The programme will be made available from November.

Advocate groups in Ireland have been campaigning for a long time to have PrEP made freely available in Ireland, and today (Saturday 26 October), it has been confirmed that it soon will be.

PrEP stands for pre-exposure prophylaxis, and it is taken by HIV negative people before having sex (pre-exposure) and after sex, to prevent HIV (this is called prophylaxis). PrEP has been shown in many studies to be safe and highly effective at preventing HIV, and when taken correctly, PrEP has been found to be about 99 percent effective. 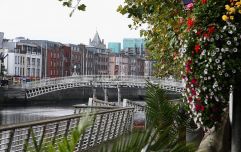 END_OF_DOCUMENT_TOKEN_TO_BE_REPLACED

However, in Ireland, the drug has only been available by prescription, costing approximately €400 a month for the brand-name medication.

On Saturday morning, Harris made the announcement via Twitter that he has signed the regulations for the PrEP programme to be made available through the public health service:

"In recent years in our country, we have seen a very significant increase in the rate of HIV, and that is why we're taking a number of steps to fight back in relation to this," he said.

"We have recently joined the Fast Track Cities Initiative, working with these cities to try to drive down the rate of HIV, and we're investing more in testing.

"And today, I am delighted to have signed these regulations, which will introduce a HIV PrEP programme in our country, through our public health service, from the 4th of November. I know advocates have been campaigning for this for a long number of years, and I am delighted to have worked closely with them to help bring this about.

"I have no doubt that this HIV PrEP programme will help in this battle against HIV."

I have signed new regulations to introduce a HIV PrEP programme in Ireland through our public health service from 4th November. This is a medication that prevents HIV infection. This will have a really positive impact on reducing new cases of HIV in Ireland #PrEP #HIV pic.twitter.com/pD08DP0CNl

As per the guidelines set out by sexualwellbeing.ie, you may avail of PrEP via the public health service if you meet the following criteria:

Girls With Goals || Her · Ep.155: 'Bits of Me' - Linnea Dunne on the importance of women's health
popular
Tried and tested: I tried the viral TikTok mascara hack to see if it really works
Matilda's Bruce Bogtrotter is a doctor now - and he doesn't even like chocolate
Louise Redknapp just admitted a shocking truth about her ex husband, Jamie Redknapp
Scarlett Moffatt discovers ‘30% rain’ on weather app doesn’t mean chance of rain
Anne Hegarty shook by "worst ever" final Chase
You'll never cut a cake the same way again after seeing this TikTok trick
Kate Winslet experienced "horrible" body shaming after Titanic
You may also like
2 weeks ago
Majority of passengers coming through Dublin airport in January were non-essential travel
2 months ago
Here's all the best movies on TV this Christmas Eve
2 months ago
Fitbit composed a symphony based on data around the stress of 2020 and it's so fascinating!
2 months ago
"The Irish like nothing more than complaining about depictions of themselves" - Jon Hamm on Wild Mountain Thyme controversy
3 months ago
This is when you should put up your Christmas tree in 2020 - and it actually is November
4 months ago
7 gazebos from €40 to €12,000 for your outdoors entertaining
Next Page