Missing British backpacker Grace Taylor has been found safe in a Thai airport.

The 21-year-old from Swanage, Dorset, had not been in contact with anyone since a phone call with her mother in which she claimed that people were "following her and trying to hurt her".

Her mother, Sam Taylor, reported her missing on Sunday before flying out to Thailand in an attempt to locate her.

Police eventually found Grace in Krabi airport, where she refused to talk to officers but began blowing a whistle when they found her, according to the Irish Mirror.

Authorities said that Grace is "feeling sick" but that no crime has been committed, and she was detained by Thai police who referred to her as "mentally unstable". 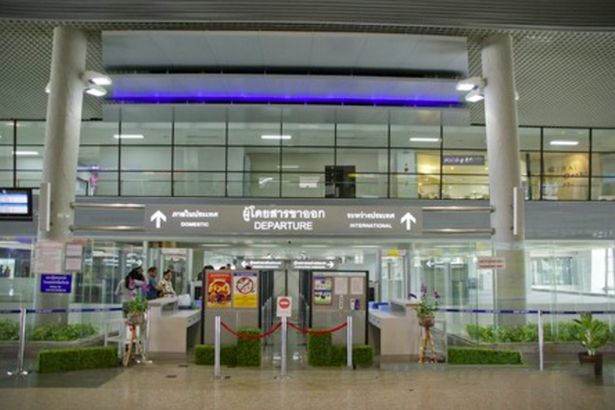 "She has spoken to embassy officials and we expect she will be leaving Thailand. She is feeling sick but we do not believe there was any crime involved.

"There’s nothing serious. We found her. She was sitting alone in the airport, blowing a whistle."

END_OF_DOCUMENT_TOKEN_TO_BE_REPLACED

"Our Gracie has been found, we don't as yet know what has happened. We are working to get her home safely.

"Thank you all so very much for your efforts and kind words of encouragement and thank goodness for the power of social media over the last few days plus the help of the Police and local authorities in Thailand."

"STILL MISSING. Grace contacted us at 11am today from Ao Nang, she was very stressed and frightened saying that people were trying to hurt her and were following her and she wanted to come home.

"We calmed her down and booked her a flight from Krabi tonight but she never arrived at the airport by taxi and has gone missing again.

"We are desperately worried, all previous backpacker sightings have reported that she is disorientated and not in a god mental state.

"Please can I reach out to the backpacker community once again to look out for her and get her safe. We are flying out tonight to come and bring her home."

popular
Will there be a second season of Gilmore Girls: A Year In The Life? Here's what we know
Royal baby announcement: Princess Eugenie of York is pregnant with her first child
10 Dublin restaurants with outdoor areas we'll be hitting up for the next 3 weeks
It's Friday, which means we've got the lineup for this week's Late Late Show!
QUIZ: Can you name all 32 counties in Ireland in under 4 minutes?
Paloma Faith announces that she is pregnant after long IVF journey
Tried and tested: 3 sheet masks that seriously impressed me
You may also like
3 days ago
Jackie Stallone: Celebrity Big Brother star and Sly's mother dies aged 98
3 days ago
"I was petrified and wanted a hand to hold:" Irish women call for the ease of maternity restrictions
4 days ago
Micheál Martin says "more influencers" needed to reach young people about Covid dangers
6 days ago
"Many will be upset..." Dublin to move to Level 3 from midnight, Taoiseach confirms
1 week ago
It'll take Ireland 55 years to bridge the gender pay gap
1 week ago
Netflix's Cheer star Jerry Harris arrested on child sex images charge
Next Page