Model Ashley Graham has the perfect response for those pesky trolls

It’s times like these we find ourselves asking, why are some people SO negative?

The stunning 29-year-old model who has graced the covers of high end fashion magazines such as Elle, Glamour, Harper’s Bazaar and Vogue found herself being harassed online after posting a workout video. Yes, it’s as ridiculous as it sounds. 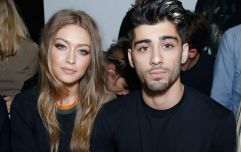 END_OF_DOCUMENT_TOKEN_TO_BE_REPLACED

Ashley is best known for being the model who is happy, confident and poised in her own skin. She has never succumbed to the industry’s large-scale requisite for models to be slim, and has helped encourage ground-breaking advances within the industry in this regard, reshaping the idea of the ‘perfect’ model, if you will.

Ashley popped up a video on Instagram on Sunday, showcasing her workout. And it was met with some pretty hostile and negative comments. Just, why?

"You still need your fat to be a model."

"Why would you want to lose what made you famous?"

All the negativity and assumptions made is sadly something Ashley is used to, but the model didn't let anyone kill her buzz and she had some wisdom to share with us all as to why she REALLY exercises.

"Just for the record, I work out to stay healthy, feel good, get rid of jet lag, clear my head, show big girls we can move like the rest of 'em, stay flexible and strong, have more energy... and I don't workout to lose weight or my curves, because I love the skin I'm in."

It's obvious too many people assume exercise is only about one thing - being skinny or lean. Thankfully, we have people like Ashley to show them what's really important!

popular
Strictly's Giovanni Pernice responds to dating rumours following split from Maura Higgins
The internet is saying the same thing after Ryan's Toy Show opening
Vicky Phelan says terminally ill people should have right to decide how to die
You can rent out the house from House of Gucci on Airbnb
We finally know what happened to Sam in And Just Like That
The best memes from this year's Late Late Toy Show
8 of the hottest make-up trends to try this festive season
You may also like
4 days ago
Jamie Redknapp and Frida Andersson-Lourie welcome baby boy
6 days ago
Hollyoaks' Jorgie Porter shares pain of miscarriage of quadruplets
6 days ago
Tributes paid to actor Joey Morgan who has died, aged 28
1 week ago
Camila Cabello and Shawn Mendes announce split after 2 years
1 week ago
Three months is plenty of time to fall in love, and to have your heart broken
3 weeks ago
Gigi Hadid reportedly met with custody lawyers after alleged fight
Next Page