What were the "mass abuses" carried out in mother and baby homes? Here's what survivors, witnesses and historians allege

From neglect to emotional and physical abuse, mothers and their children are said to have experienced a lot.

An alternative report examining the final findings of the Commission of Investigation into Mother and Baby Homes has found the State responsible for numerous abuses of human and constitutional rights. 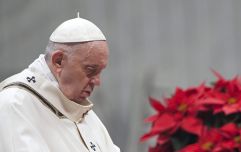 END_OF_DOCUMENT_TOKEN_TO_BE_REPLACED

The alternative report, published at an online event with TUD, was written by 25 legal and academic experts who forensically examined the much-criticised Commission report that was published in January of this year.

In the Commission report, the mistreatment and abuse faced by women and children in the homes were primarily blamed on the societal culture of the time, along with the lack of support shown by immediate family members and the fathers of the children. Survivors deemed this a white-wash of their experiences and all they suffered in the homes.

Now, the alternative report, written in conjunction with survivor-advocate groups and academics, deems the State responsible for the "mass abuses" found in its own Commission report. They cite six reasons behind its responsibility: 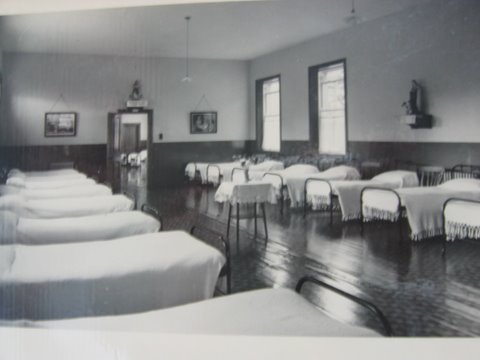 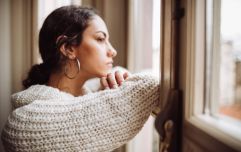 END_OF_DOCUMENT_TOKEN_TO_BE_REPLACED

The alternative report claims that as the State had a hand in the running of the homes, it had a hand in the abuses suffered in them. But what exactly did those "mass abuses" include, aside from the much-reported illegal adoptions and non-consensual vaccine trials?

Here are some of the abuses historians, witnesses and survivors have alleged in their accounts of the homes. 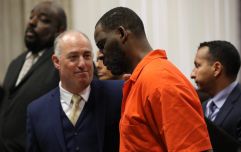 R. Kelly is finally found guilty - but why did it take so long?

END_OF_DOCUMENT_TOKEN_TO_BE_REPLACED

A number of historians, survivors and the Commission report have claimed that a language of criminality was used in the homes. As in, women who became pregnant out of wedlock and ended up in them were referred to in the same way as criminals – "first offenders" for women who had never been in the homes before, or "repeat offenders" if they came more than once.

"Society considered their behaviour a crime," historian Lindsay Earner-Byrne told journalist Sue Lloyd Roberts in her book, the War on Women. "The phrases are still being used as late as the 1970s."

But derogatory and dehumanising language wasn't just reserved for the women. Their children, the evidence of their "crime," were allegedly referred to in an abhorrent manner both in the homes and by wider society. 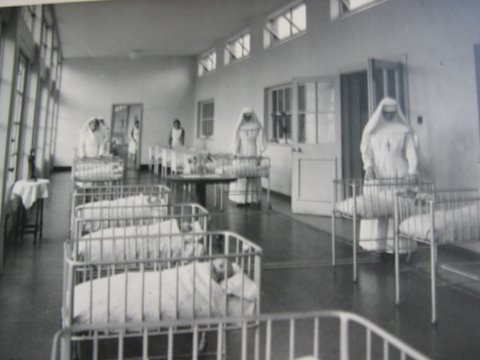 "Bastards" was a common term for so-called "illegitimate" children, while the phrase "whores' droppings" (again accounted for in Robert's book) is evidence of how greatly unmarried mothers and their children were dehumanised.

Several survivors of the homes and Magdalen laundries allege that their hair was cut or shaved, either as punishment for attempted escapes or to detract from the girls' beauty.

It has also been established that a "house name," different to their birth name, was given to women and girls in the homes or Magdalen laundries. While the Commission report seems to see this as an attempt to preserve their anonymity, survivors seem to see it as an attempt to strip them of their identity.

"Your identity is taken because my name is changed, my hair is cut and I’m not wearing my own clothes," survivor Elizabeth Coppin told Roberts. "I have to answer to the name Enda, which is a man’s name in Ireland."

Coppin added she thinks the nuns did so "just to dehumanise me… to make me feel like nothing in society." 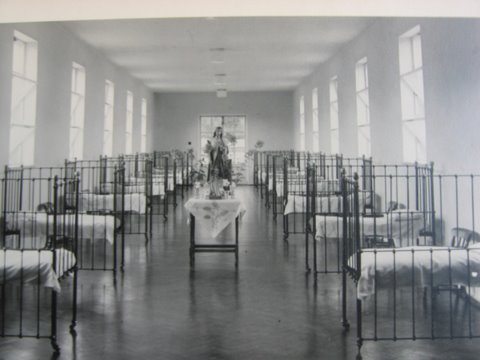 It's well-documented that the homes had high levels of infant mortality. Along with the discoveries of mass graves we've heard about in recent years, the Commission report states that around 9,000 children died in the 18 homes it investigated.

While the part these institutions had to play in the levels of infant mortality isn't defined, the Commission report includes accounts from medical officers concerned by death rates at the time.

"That 60% of these children die would seem to show that very little steps are taken to keep them alive; this is borne out by the fact that the babies still alive are covered with sores," a 1943 account from Dr. Sterling Berry on the home in Bessborough, Cork states. "That only three babies are fully breast-fed indicates that absolutely no trouble is taken to induce the mothers to breast-feed."

Another survivor of Bessborough in the 1960s, listed in the Commission report as 'Resident A,' claimed she was forced to feed her baby in a cold passageway outside the nursery.

As she had developed an abscess on her breast, her son was being bottle-fed, but stopped drinking and swallowing after two or three days. She said that a nun took the child from her, told her that she was "not feeding him properly" and "almost smothered the baby by stuffing the bottle down the child’s throat." 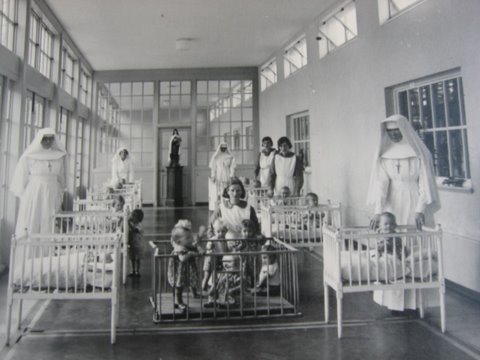 At 19 days old, her son was transferred to St. Finbarr's Hospital. He died there at six weeks old due to renal failure and septicaemia. Resident A said she believes he died "as a result of the neglect he suffered from those at Bessborough."

A midwife employed at the same home in the 1950s said she witnessed a mother breastfeed her baby in agony due to a "suppurating abscess" on her breast. In her memoir, the Light in the Window, June Goulding wrote:

"It was quite obvious that each time the hungry baby gulped its mother’s milk the pain in her infected breast became excruciating. I had previously nursed unfortunate women in the training hospital with blocked milk ducts whose temperatures shot up to 103 degrees. We tried to ease their acute discomfort with hot face cloths and four hourly dosages of aspirin. When this did not arrest the problem they were put on penicillin…

"'Sister…is she on antibiotics?' The reply came as a withering look as the nun continued to glance at the other mothers and order them to give the babies ten minutes at each breast… Could it be possible that this girl had to suffer without medical intervention?" 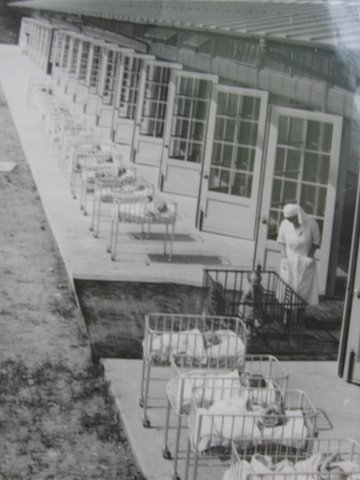 Resident A claims she experienced something similar during her time there in the 1960s, and that she overheard two nuns arguing about having injected her with a dirty needle that caused an infection. She said that she developed an abscess "half the size of a football" at the injection site and became unwell soon afterwards.

When the doctor was finally called, she said he failed to introduce himself, "flung" her over on her side and brandished a long, thin knife in front of her.

"There was no preparation, there was no nothing, he just cut you and then went out," she said. "I could hear the poison pouring on the floor. They were all just inhuman."

Goulding also claims women were generally forced to experience the pains of labour without painkillers or anaesthetic, and that she was refused access to sutures to stitch the tears of newly-delivered mothers. She says that when she asked a night attendant why, she was told "girls must suffer their pain and put up with the discomfort of being torn – [the nurse] says that they should atone for their sin." 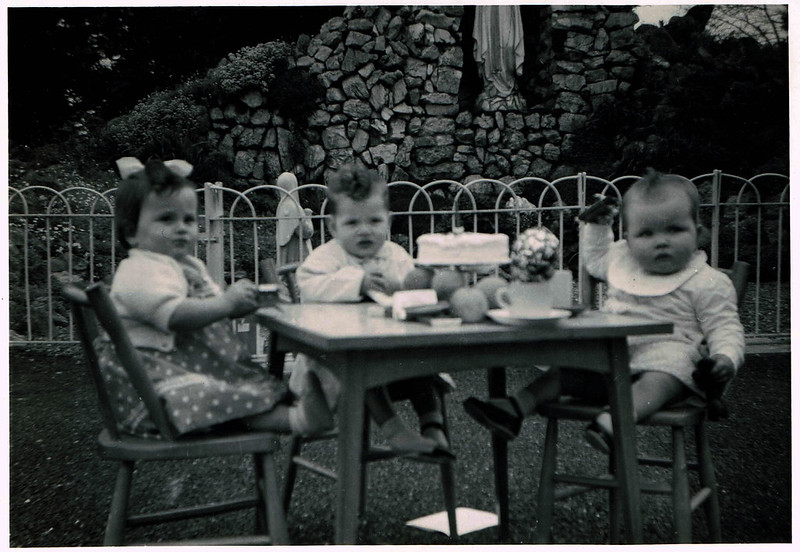 The Commission report backs this up with an account from a survivor listed as 'Resident G,' who was also in Bessborough, this time in the 1970s. She claims that when a resident would go into labour, the atmosphere changed as everyone whispered about how no sedation or painkillers would be administered.

"[The midwife] was cutting the girls down below and just would tell them this is your punishment for what you have done and you are never doing this again."

There is an endless amount of survivor, witness and academic accounts of the mistreatment of women and children in mother and baby homes. These reflect the claims of physical and emotional abuse listed here as well as other disturbing allegations. But no matter how much are documented and publicised, it's clear that a picture of the homes cannot be formed without survivor input – and therefore, neither can an appropriate redress scheme.

popular
Toddler tragically dies in Wicklow following choking accident
BBC apologises after calling Paul Mescal 'British' in Oscar coverage
Britney Spears asks fans to respect her privacy after police call to house
Gwen Stefani reportedly pregnant with baby number four
Adam Collard opens up on dating life since Paige Thorne split
Gaz Beadle reveals his wife Emma McVey is undergoing heart surgery
Barry Keoghan dedicates Oscar nomination to his baby son
You may also like
1 month ago
Opinion: Don't point out your friends' eating and drinking habits this Christmas
3 months ago
Savita Halappanavar march: How far have abortion rights in Ireland really come?
3 months ago
We need to stop using mental health as an excuse for Kanye's actions
5 months ago
Don't waste your life's purpose worrying about your body
6 months ago
Cost of living crisis: When did €4 for a coffee become normal?
6 months ago
Do we really need an Amy Winehouse biopic?
Next Page