The mother of a newborn baby who was found dead in a car park has been located by West Midlands Police.

According to officers, she is currently receiving "appropriate care". 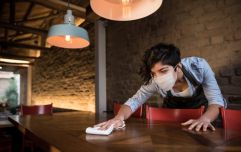 END_OF_DOCUMENT_TOKEN_TO_BE_REPLACED

The infant's body was found in the car park of a supermarket in Bilston, Wolverhampton yesterday morning. Police appealed to the public for help in identifying the child's mother.

Officers did not know how the baby's body came to be at that location.

Last night, the West Midlands Police released a statement, updating the public on the case.

Police said: "We've identified the mother as a result of our earlier appeal and she is now receiving appropriate care.

"We will be speaking to her in due course. Thank you to everyone for sharing the appeal."

In their earlier appeal, officers emphasised the welfare of the baby's mother, describing her as their "absolute priority". 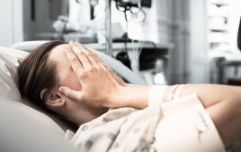 Hymenoplasty to be criminalised in England

END_OF_DOCUMENT_TOKEN_TO_BE_REPLACED

"This is truly a tragic discovery, and we've been treating the scene and the baby with the utmost care and dignity today.

"While we don't know yet what has happened, what we do know is that there must be a mother out there who is in real need of help - and she is my absolute priority at the moment."

He continued: "We have been checking CCTV and speaking to hospitals, but it may be that the mother or someone who knows who she is sees this appeal. I really want to speak to her to make sure she's OK, and to ensure that she can get the help she urgently needs."

popular
Ben Foden explains why he called Rachel Stevens "sexiest woman alive"
A documentary about two Irish boys who skipped school to go to New York is coming soon
And Just Like That... episode 8: Nobody saw this one coming
Here are all the Instagram accounts of the stars of Netflix's Cheer
People are only realising Kendall Jenner and Gigi Hadid are related and the reactions are gas
A celebrity hairstylist just shared a genius hack for the perfect messy bun
Here Are The Top 20 Most Common Pin Codes in The World
You may also like
1 month ago
France to ban tourists travelling from the UK from this weekend
1 month ago
Mother and partner found guilty of death of one-year-old girl
1 month ago
Woman receives jail sentence for racist attack on bouncer
1 month ago
Six year old girl passes away of rare brain tumour
1 month ago
Irish passengers won't need negative Covid test to enter UK
1 month ago
At least 27 people dead in UK-France Channel tragedy
Next Page