Mumbai Police Arrest People For Taking Selfies Out of Wedlock

All the single ladies will certainly get a ring on it (a handcuff that is) if police in Mumbai have their way.

The local law enforcement have been arresting people for taking selfies and public displays of affection out of wedlock.

The crackdown is taking place in the Indian city ahead of the festival, Navratri which kicks off on Thursday. The idea was originally touted as a way of protecting women from being harassed or groped in crowded public spaces.

Some police officers have brought it to a whole new level though, and started to punish unmarried people for public displays of affection – which included two people being arrested because the woman had her arm around her boyfriend’s waist.

Two other men were fined for 'touching women' in a group selfie - though the police could not explain what, if anything, about their behaviour was "indecent". Indeed, reports suggest that the group members all had their arms around each other's shoulders.

The city’s moral policing has caused uproar in India. 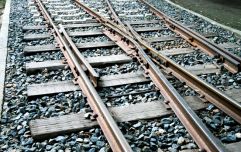 END_OF_DOCUMENT_TOKEN_TO_BE_REPLACED

“The squads’ mandate is to concentrate on preventing harassment of women and they are supposed to refrain from indulging in any kind of moral policing,” said Rakesh Maria, Mumbai Police Commissioner in a statement.

It is reported that the city held a workshop to teach police officers the difference between selfies and street harassment.

popular
WATCH: Paul Mescal and Daisy Edgar Jones's first Normal People audition is stunning
The shows and movies you need to watch before they leave Netflix next month
Dublin TikTok house deny staging dance with couple having sex behind them
Trolls target Emma Willis' eight-year-old son over pink clothes and long hair
Government vote to seal mother and baby home records for the next 30 years
'I had to travel light': Adele jokes about weight loss in SNL appearance
I trialled the new products from the Alex Steinherr Penneys range and I have some thoughts
You may also like
1 year ago
Finally! The new Samsung Galaxy A9 is here and the pics it takes are class
1 year ago
Demi Lovato posted her first selfie since leaving rehab alongside a few emotional words
1 year ago
Couple die while taking a selfie at a cliff edge in Yosemite National Park
2 years ago
Bella Hadid and The Weeknd shared a super sneaky selfie on Instagram
2 years ago
Study finds there are three types of selfie takers in this world
2 years ago
Ever hear of a thirst trap? Because apparently we are ALL doing it
Next Page