We just can't get enough of these two lads.

Brothers Gary and Paul O’Donovan, from Skibbereen in Cork, are currently in Rio competing in the Olympic Games, where they have just qualified for the final of the men's double sculls.

And here is the lineup for the Men's Lightweight Double Sculls Final, O'Donovan brothers are in lane 1 #rterio2016 pic.twitter.com/kUxGXXONZC

END_OF_DOCUMENT_TOKEN_TO_BE_REPLACED

But it's not just their athletic prowess that's quickly making them firm favourites of Olympics viewers, it's also their brilliantly grounded, unaffected media appearances afterwards.

We first got to meet them a few days ago after winning the Lightweight Double Sculls heat.

The O'Donovan brothers took the choppy water conditions in their stride to win in Rio today https://t.co/lJNoLL4OrYhttps://t.co/AuWALUfm4W

"We handled it very well," Paul said. "We were almost disappointed we couldn't race yesterday, it would have been a bit of craic."

"We're well used to be a bit of wind,” Gary piped in. “That kind of thing wouldn't faze us at all."

And sure why would it?!

It's an interview that immediately had them acclaimed as being "pure Cork!"

Now, the two boys have gifted us another wonderfully Irish interview with RTE Sport in which they talk about their final tomorrow.

The O'Donovan brothers were delighted to beat the Brits and reach an Olympic final #rterio2016 #rowing https://t.co/ul0rQyZLvc 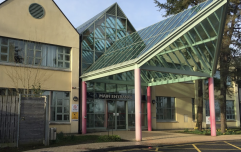 END_OF_DOCUMENT_TOKEN_TO_BE_REPLACED

First of all, neither one seems too bothered when their event is actually on tomorrow - whether it's 11am or 10.30am.

Then they talk about what they'll be done to prepare for it.

"We'll get home to get ourselves into an ice bath anyway, cool ourselves down a bit. We'll get a bit of steak, the food here is fantastic. Steak for breakfast, lunch and dinner with spuds if you like...!"

Though the killer line is: "'Tis great to beat the Brits!"

Honestly, reading their words robs it of the real beauty. So just have a listen.

The two lads continue to win new fans, and it's easy to see why.

These lads are a breath of fresh air. Love their raw honesty and enthusiasm. #PureCork https://t.co/JUFX59qKEi

Two West Cork men lighting up our screens @RTEsport both in and out of the boat, so laid back they're almost horizontal, best of luck boys!!

Brilliant, upbeat & refreshing interview from @PaulO_Donovan @gary_o_donovan on @RTEsport. With this attitude anything is possible! 👏👏 lads

popular
14-year-old boy charged with murder of 12-year-old Ava White
Selling Sunset's Christine Quinn slams 'fake pregnancy' rumours
Toy Show's sign language interpreter Amanda Coogan hailed a "national treasure"
More than 10 suspected cases of Omicron in Ireland are being studied
Gogglebox fans shook by Lee's throwback photo of Jenny
8 of the hottest make-up trends to try this festive season
So, is Jesy Nelson dating Emily in Paris star Lucien Laviscount?
You may also like
1 week ago
"Very serious" situation as almost 6,000 new Covid cases recorded
1 week ago
Teenager dies following road collision in Laois
1 week ago
Partial lunar eclipse to be visible all over Ireland tomorrow morning
1 week ago
Man seriously injured following suspected shooting in Dublin
1 week ago
Survivors of mother and baby homes to qualify for payments of up to €65,000
2 weeks ago
14-year-old becomes youngest person to die from Covid-19 in Ireland
Next Page