Singer Meat Loaf has sadly passed away at the age of 74.

The Bat Out Of Hell singer died on January 20th, his family has confirmed. 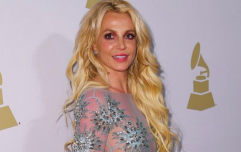 Is she...? Britney Spears sparks pregnancy rumours with image of pregnant belly

END_OF_DOCUMENT_TOKEN_TO_BE_REPLACED

It is believed he died at home with his wife Deborah by his side.

The singer and actor had a hugely successful career that spanned over six decades.

His family stated: "Our hearts are broken to announce that the incomparable Meat Loaf passed away tonight with his wife Deborah by his side.

Singer and actor Meat Loaf has died at the age of 74 - statement on official Facebook page. pic.twitter.com/z0sHt4Hh3z 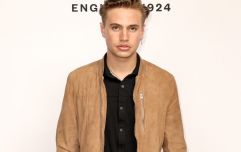 END_OF_DOCUMENT_TOKEN_TO_BE_REPLACED

"Daughters Pearl and Amanda and close friends have been with him throughout the last 24 hours.

"His amazing career spanned 6 decades that saw him sell over 100 Million albums worldwide and star in over 65 movies, including "Fight Club", "Focus", "Rocky Horror Picture Show" and "Wayne's World."

His family added,  'We know how much he meant to so many of you and we truly appreciate all of the love and support as we move through this time of grief in losing such an inspiring artist and beautiful man. 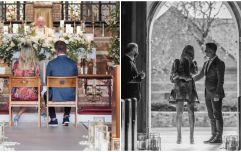 END_OF_DOCUMENT_TOKEN_TO_BE_REPLACED

"We thank you for your understanding of our need for privacy at this time. From his heart to your souls... don't ever stop rocking!"

Fans around the world have been paying tribute to the iconic singer this morning.

One fan wrote, "I loved Meat Loaf, especially when I saw him live, his energy was endless and his voice amazing. Condolences to his family, but his music will live on."

He has also been remembered as a "powerful force in music".

popular
Kylie Jenner fans are convinced she just announced her son's name
Claire Byrne viewers heartbroken after Des Cahill recalls "parent's worst nightmare"
Official Love Island air date has just been announced
Bonnie Ryan shares more details from Italian wedding
WATCH: People are losing it over clip of Kendall Jenner trying to climb stairs at Kourtney's wedding
Wagatha Christie: Rebekah Vardy storms out of court just 30 minutes into final day
The hottest weekend of the year is only a matter of days away
You may also like
4 days ago
Surprise! Ed Sheeran announces he and wife Cherry have welcomed baby #2
2 months ago
Billie Faiers "went mental" after woman smacked her son during a flight
5 months ago
"You have no clue": Jennifer Aniston hits out at claims she chose career over having children
5 months ago
Amanda Byram "bursting with happiness" after welcoming first child
9 months ago
Jennifer Aniston and David Schwimmer are apparently dating in real life
9 months ago
Jennifer Lopez just shared a steamy snap of herself and Ben Affleck – and WOW
Next Page