We hope everyone involved is OK, but this is a relief of sorts.

Whenever there are sketchy reports of a serious incident in London these days, there is a temptation by some to fill the gaps in information with unhelpful conjecture. This can be misleading at best, and dangerously counter-productive at worst.

It is natural to be concerned, and even to fear that a terrorist attack may have taken place. But that doesn't mean we should jump to conclusions, or attempt to fuel hatred with statements designed to maximise anger and baseless accusations. 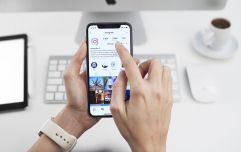 END_OF_DOCUMENT_TOKEN_TO_BE_REPLACED

The incident outside the Natural History Museum on Saturday that left 11 people injured had people fearing the worst. Specifically that it was a senseless attack on innocent people and our way of life. Thankfully, police have confirmed it was not terror-related.

The collision happened on Exhibition Road in South Kensington at 14.2o in the afternoon, and led Met Police to detain a man who was restrained on the ground. An update from the force stated the incident is now being treated as "a road traffic collision".

London Ambulance have confirmed that nine people were taken to hospital, mostly suffering from leg and head injuries.

popular
Women are rinsing their hair in apple cider vinegar – and the results are amazing
Toddler dies after being struck by vehicle in Co. Cork
New photo of Bernadette Connolly released as investigation continues
Clubbers left "bleeding from their mouths" after accidentally drinking shots with caustic soda
Orange is the New Black and Seinfeld star Kathryn Kates dies aged 73
Gardaí find "no evidence" of needle spiking in Irish nightclubs
"Hair contouring" is about to be huge, here's everything you need to know
You may also like
1 day ago
Britain’s biggest family to break new record with another baby on the way
3 days ago
A song from Disney's new Encanto movie is already a bigger hit than 'Let It Go'
6 days ago
Marvel actor Gaspard Ulliel passes away aged 37 in ski accident
1 week ago
The massive Penneys in Dundrum is relocating - and getting even bigger
2 weeks ago
Father of missing 7-year-old Harmony Montgomery arrested, US police say
3 weeks ago
Ghislaine Maxwell reportedly 'placed on suicide watch' as she awaits sentencing
Next Page