Powerful: Google Doodle Welcomes Everyone To The Winter Olympics

To mark the beginning of this year’s Winter Olympics, Google has created an eye-catching doodle.

As well as featuring some of the main sporting events due to take place, including skiing and curling, it has been designed using various bright colours that appear to represent the LGBT community.

Underneath the search bar, there is a quote from the Olympic Charter which reads: “The practice of sport is a human right. Every individual must have the possibility of practising sport, without discrimination of any kind and in the Olympic spirit, which requires mutual understanding with a spirit of friendship, solidarity and fair play.” 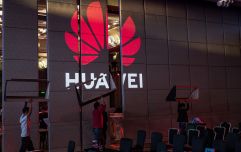 END_OF_DOCUMENT_TOKEN_TO_BE_REPLACED

The Sochi Games, which start today with an opening ceremony at the Fisht Olympic Stadium, has been surrounded by controversy due to Russia’s treatment of the country’s gay community.

Google also translated the quote for the Russian version of the doodle.

popular
Women are rinsing their hair in apple cider vinegar – and the results are amazing
Toddler dies after being struck by vehicle in Co. Cork
Clubbers left "bleeding from their mouths" after accidentally drinking shots with caustic soda
New photo of Bernadette Connolly released as investigation continues
Gardaí find "no evidence" of needle spiking in Irish nightclubs
Worried about a loved one? Here are 5 signs of suicide to look out for
Actor Michael Madsen's son Hudson has passed away, aged 26
You may also like
2 years ago
Want a job in tech? I-FIT is looking for tech-loving ladies for their paid apprenticeship
2 years ago
The most Googled beauty product last year will honestly really surprise you
2 years ago
This Google Chrome extension applies discount codes and it's become our new best friend
3 years ago
Google's in serious trouble over this app that claims to help 'cure' being gay
3 years ago
This was the most Googled beauty question of 2018
3 years ago
The most Googled person of 2018 is here, and we're not one bit surprised
Next Page