A couple of months ago, we were all busy congratulating those Leicester City fans who were cashing in as the Foxes won the Premier League.

Claudio Ranieri's team were 5,000/1 shots to lift the title, earning some folks a very tidy sum, but they only had a few months to wait for their bet to come in.

That's nothing compared to the three years that Wales fan @BenSnowball will have had to wait on a very gutsy Euro 2016 bet.

He backed Chris Coleman's team to win the tournament all the way back in October 2013. That's right, 2013.

You're probably wondering what Wales were up to that month? 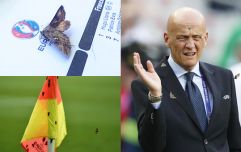 END_OF_DOCUMENT_TOKEN_TO_BE_REPLACED

Well, a home win over Macedonia and a draw in Belgium saw them end their qualifying campaign for the 2014 World Cup with a flourish.

'But wait,' you're saying, 'Wales didn't qualify for that World Cup, did they?'

Right you are. In fact they lost six of their other eight qualifiers, with a home-and-away double over Scotland providing the only cause for joy. Those four points in October 2013 saw them rise eight places to 44th in the world, still behind the likes of Armenia and Panama.

But three years is a long time in football, and Wales came second in their qualifying group for Euro 2016 before winning four out of five games en route to a semi-final clash with Portugal. 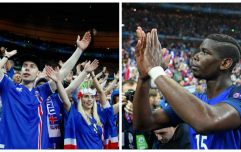 People are angry with France for 'stealing' Iceland's trademark clap

END_OF_DOCUMENT_TOKEN_TO_BE_REPLACED

Ben stands to win nearly four grand if his bet comes in, and he'll be quids in even if Chris Coleman's side lose in the final.

But will he be tempted to hedge his bet and lock up some money before the Portugal match? With Aaron Ramsey and Ben Davies both suspended, he could be forgiven for getting cold feet.

popular
Anne Heche has been removed from life support
Paige Thorne breaks her silence on Jacques O'Neill drama
11 year old girl rescued off island in west Cork
Top tips for keeping your fake tan on for longer as the weather heats up
Love Island producers respond to claims Jacques was kicked off the show for "bullying"
Met Éireann extends high temperature warning for Ireland this weekend
Ekin-Su Cülcüloğlu signs the biggest fashion deal in Love Island history
You may also like
5 years ago
Here's what Ireland's top Google searches were this year
6 years ago
Everyone is melting over how these kids reacted to Cristiano Ronaldo
6 years ago
EXCLUSIVE interview with Ronaldo's moth
6 years ago
Welsh fans give the Irish a run for their money as they sing their hearts out after Euro 2016 exit
6 years ago
Everyone in Wales is due a free beer today...no, seriously
6 years ago
Game of Thrones star has had a nightmare with his France vs Iceland tweet
Next Page